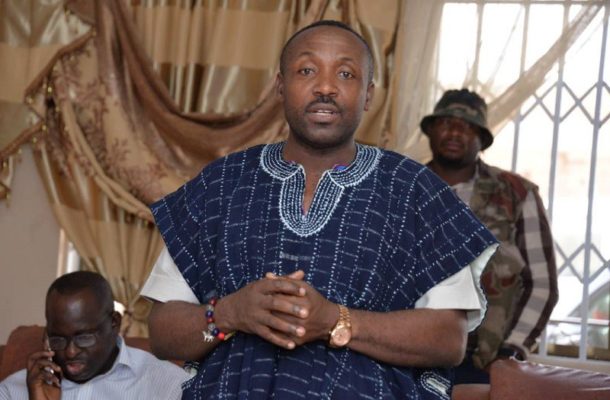 According to him,  he admired the former Vice President for his level and the patience with which he went about his duties adding as a very restrained figure in politics.

He said he was admired by all especially his opponents and there were important lessons to be learnt from his character.

Part of his admirable traits, according to Mr Boadu was “being able to hold on to himself without being pushed by party hawks and people that believe that you must answer to everything and respond in like manner”.

The NPP General Secretary made this comments on Thursday, when he led his party’s delegation to file past the mortal remains of the former Vice President.

As part of a three-day funeral service for Mr Amissah-Arthur, the public was allowed to file past his body at the Accra International Conference Centre (AICC) on Thursday.

A burial service is scheduled to be held on Friday after which the mortal remains will be driven through some principal streets of Accra.

Taking his turn as part of NPP’s delegation, Mr Boadu, who won the General Secretary position earlier this month, said the late former vice president cut a good figure in his political life.

But he added: “Only that we believe he was in the wrong party.

“So with even that character it was a misnomer in their party.”

“We expect them to come up with something that they want to do and government will do all that it can, to be able to [help]".