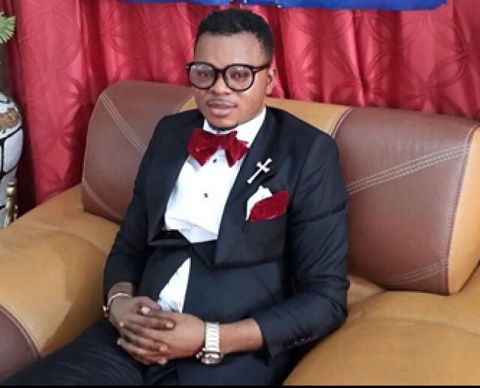 The founder and leader of the International Godsway Church, Bishop Daniel Obinim has broken his silence over a video of him beating two members of his church for fornicating and attempting abortion.

In a video that has gone viral on social media and published by Adomonline.com, the apparently furious Obinim did not understand why Illiasu, who according to him is sixteen (16) years whose father had died and was still in school and being looked after by him, would have sex with an equally young girl, Gyasiwaa who is learning a vocation.

The two, who confessed their ‘sins’ to Obinim when they were called before the entire congregation in Kumasi, were beaten by the Pastor with a men’s leather belt, to the apparent delight of the members of the church.

In the 2.59 minute video of the incident, the pastor resolved to punish in a manner many have described as assault and against the human rights of the two. Calls have been made from persons and groups including the Amnesy International for the arrest of the man of God for abusing the right of the two teenagers.

But this call, Bishop Obinim said is nonsensical as according to him, they are not wiser than the Lord who revealed to him the amorous acts of the two children.

“Tell them that I, Obinim said they are not wise, what do they know about the issue, they should go away from me…are they wiser than the Lord who instructed me to…?,” he quizzed.

According to him, if God wanted him to discipline the children in the house he would have revealed it to him secretly and not during church service.