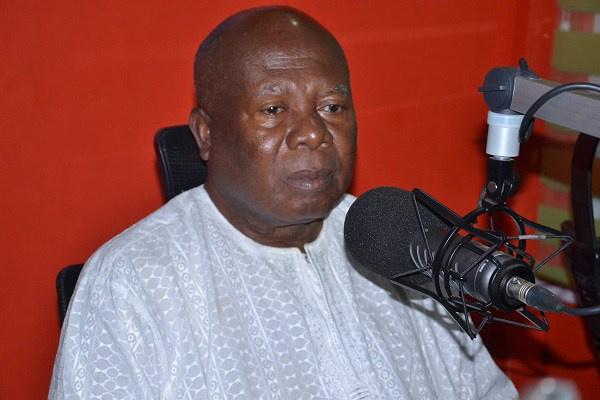 This is not an attack, it is not meant to open any kind of wounds, it is not meant to undermine anybody’s position and ideas or wishes. This is meant to unite the NPP towards 2020, so that we can see victory once again. Anybody who misinterpretes my intentions on personal grounds without looking at the total picture of why this should be so is missing the whole point.

These people over the country have lots of supporters and some volunteers. All that is fair is to allow them access to fair play, and with honest intentions. By the way, this does not mean we still cannot negotiate with people who are really MPs and some people that wish them to continue, so it’s all about talking to new opponents and discussing with them, and finding new ways out.

What is the “quid-pro-quo”? What could be the satisfying price to them? How can we please them, so that they can step down and give it to whoever we think deserves it. The next direction in this is that, after the elections and everything of 2020, the next time we should sit down as a party and make a decision that “so so and so” within parliament should be protected because of XYZ reasons, not now, not when the race has begun, it will bring untold hardship and division in the rank and file of this party. It will destroy our future, it has a potential to undermine our victory for 2020.

Let’s look at the process, even young people, students at the university, high school etc, they pick their results from the internet(i.e. online) these days, things have changed, things have improved. People register to go to schools etc through the internet. I’m appealing to the National Party Executives, please put everything aside, let fairness prevail, allow people to pick up their forms freely from the internet(online) this time.

Exercise their rights and see the ambition come unto fruition. It does not matter the number of say women who should be in Parliament after 2020. There are lots of women, extremely important and powerful women who are not showing up in Parliament. Why are they standing? Because, we as a party have not looked for them to encourage them to be part of the political process so that, they can bring their ingenuity and toughness to bare in Parliament.

When you identify these women in various constituencies and in various regions, that is the only fair way for the future fo that, once they are encouraged to stand the primaries, people will know their worth, they will e advertised, they will be supported. I believe in women coming up, good potential women and we have lots and lots of them around. I have experienced them and I know them, but we must find the best way to rope them in to our political structure, into parliament to represent NPP.

The way we are going about this could be disastrous. This may bring about rebellion in the rank and file of the party. Dont say I’m predicting it, the facts on the ground will move us there. People are very quick to jump into useless conclusions but what is happening on the ground now, is that the people are getting more and more frustrated, increasingly defiant and they are going to undermine the party’s victory.

This is a democratic party party, at least, there are founding fathers and we as fathers of this party, the NPP, believe in democratic principles, we believe in fairness and even fair play. But we cannot turn round and act like dictators when democracy is the way for everybody around. At least, until we come up with another ideology, let us hold on to what has made us great. God bless you all.