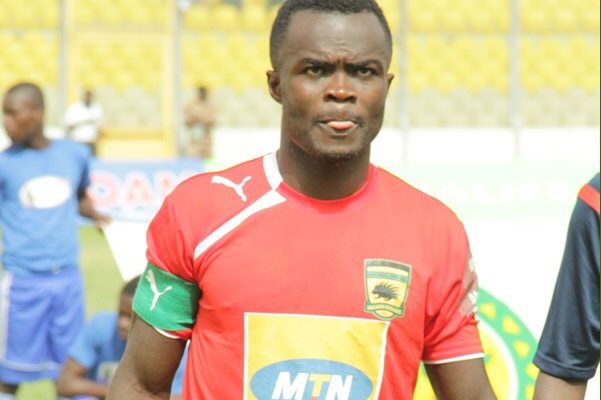 It appears in this era of lock-down and incessant boredom its that time of the year where the past is of essence.

We are now taking stock of past events, the nostalgia and key actors who paid their dues to the beautiful game in various capacities.

The former B.A United player served the club with diligence rising through the ranks to become club captain for several years before departing for pastures anew at AS Kaloum in Guinea.

In a radio interview with Kumasi Fm, the versatile defender enumerated why he his head and shoulders above any Kotoko player the least decade.

“There are many instances I can cite in justifying why I deserve to be Kotoko’s best player of the decade," said the 28-year old.

"There are a lot of games I won for Asante Kotoko; in the semi finals game in the NC special competition, I scored the winning penalty against Hearts of Oak.

"In the MTN FA cup finals in Tamale in 2017,as captain,together with my teammates I won that cup for Asante Kotoko. In the president cup in 2016 and 17,my last penalty goal won it for us.

"I feel elated in my closet for helping Asante Kotoko win all these trophies."he concluded.