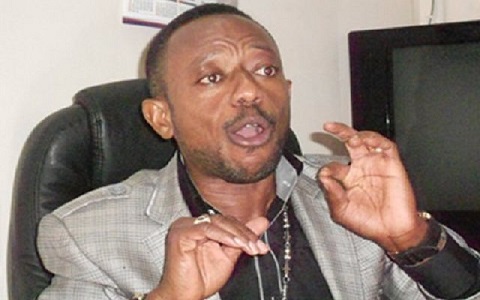 The vociferous lawmaker, Mr Agyapong thinks that the modus operandi of Anas in entrapping people should not be countenanced by Ghanaians and Rev Owusu Bempah has thrown his support for that campaign.

In a radio interview on Accra based Okay FM, Tuesday, Rev Owusu Bempah said after watching the Number12 documentary on football corruption, he has also come to the conclusion that there are some question marks with Anas’ work.

After watching the video and whilst driving home that day, I pondered over the question marks in the documentary, he said.

I did not understand why Anas concluded he gave a bribe to Mr Kwesi Nyantakyi, immediate past president of Ghana Football Association when he told him the money was for “shopping.”

It is also mindboggling that without demanding the bribe, Anas decided to present cash to some of the people [referees, protocol officers, sports administrators] in his video and told them it was a gift but turned around to accuse them of taking a bribe, the man of God questioned.

He would have preferred that Anas allowed the people to make demands in return for favours to be able to convincingly conclude that was bribe.

He therefore suggested the need to support Mr Kennedy Agyapong in his campaign against Anas, observing that Anas needs to be advised that he should desist from offering gifts to people and turning around to accuse and disgrace them.

Rev Owusu Bempah questioned why Anas walks around covering his face if he genuinely thinks what he was doing was the right thing and was good for Ghanaians.

Mr Agyapong, Member of Parliament (MP) for Assin Central, has been on a crusade to unveil Anas Aremeyaw Anas.

He has vowed to expose Anas and show the property he [Anas] has acquired, which Mr Agyapong thinks was acquired through “dubious” means and not under genuine circumstances. He alleged blackmail as a means through which the ace journalist has acquired the said properties.

He has promised to premiere a video, “Who watches the watchman” on Wednesday June 27 at the forecourt of Oman FM, at Madina in Accra.

The video, which he says is his own version of secret recordings of how ace investigative journalist, Anas Aremeyaw Anas, operates undercover, will be shown at 7pm.