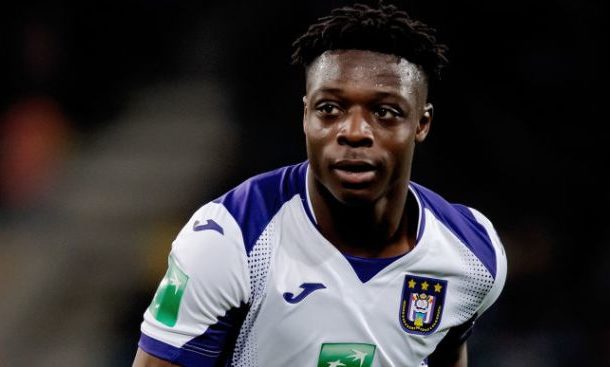 Anderlecht teen sensation Jeremy Doku is a player in demand as major clubs in Europe a circling for the talented youngster.

The 17 year old winger is wanted by Spanish giants Real Madrid as speculation intensifies about his future with Anderlecht.

Defensa Central with close sources to Real Madrid has reported that the twinkle toed teen wonder is under consideration at the Santiago Bernabeu.

The presence of the Belgian contingent of Eden Hazard and Thibaut Courtois has intensified the speculation with the duo having held discussions with Real Madrid coach Zinedine Zidane about the talented winger.

He has been linked with moves to English sides Chelsea and Liverpool in the past but his future wll come into question in the summer.

Jeremy Doku who has been a bit part player at Anderlecht has had a breakthrough season this term having made.

Doku has made 30 appearances for Anderlecht across all competitions this season scoring four goals while providing three assists.

He has drawn comparisons with Liverpool's Senegalese forward Sadio Mane in the Spanish press with his pacy, trickery and speed of thought.

The Belgian born Ghanaian has been tipped for stardom with his pace, ability on the ball and potential If he should keep his feet on the ground.

Jeremy Doku is contracted to the purple and white till the summer of June 2022.