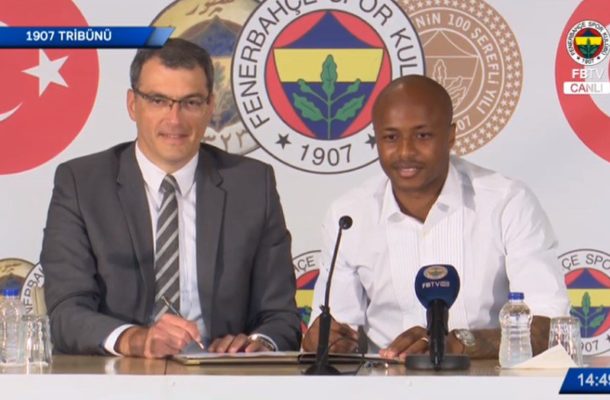 Andre Ayew is poised to become the fourth Ghanaian in history to play for Turkish giants Fenerbahce after joining the club on a season-long loan deal from Swansea City.

The Yellow and Canaries will also have the option to purchase Ayew on a permanent deal at the end of his loan spell.

Ayew is joining a club which has seen some of the best ever footballers wear the yellow striped kit - many of them, like him, Ghanaians.

Here, Ghanaguardian.com looks at three Ghanaian footballers who played for Fenerbahce before Andre.

Ghana Legend Sam Johnson represented the The Yellow Canaries from 1999-2003. The midfielder enjoyed a successful four year stint at the club where he won the Super Lig in the 2001 season.

Yaw Preko, was a member of the Ghana team that won the bronze medal at the 1992 Summer Olympics in Barcelona, signed for the club in 1999 from Gaziantepspor. The striker spent one season at the club scoring 7 goals.

Former Black Stars skipper Stephen Appiah also joined Fener in 2005 in an eight million euro deal to move from Juventus, and enjoyed a successful first season as he helped the club win the league title.

Appiah quit the Turkish club in August 2008 in a row over the treatment he had received on a serious knee injury.