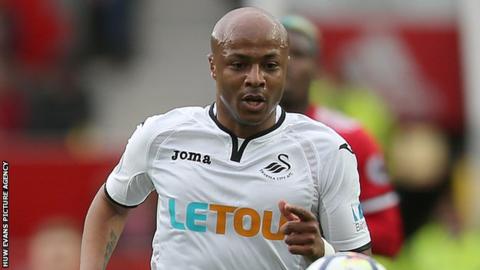 The 28-year-old is on his way to Istanbul for talks and is expected to have a medical with the Turkish club ahead of a season-long loan.

The Ghanaian international returned to the Liberty Stadium in January for a club record £20m fee, but could not exert the impact the relegated English Premier League side had hoped for in their survival battle.

According to reports on Turkish web portal Turkcell Bip Spor, Ayew will join The Yellow Canaries in a deal worth €1.5 million, and will earn €3.2 million within that period.

Swansea also expect to lose Andre's brother Jordan, who has already been the subject of a rejected bid from newly-promoted Fulham and was the club's top scorer last term with 11 in all competitions.