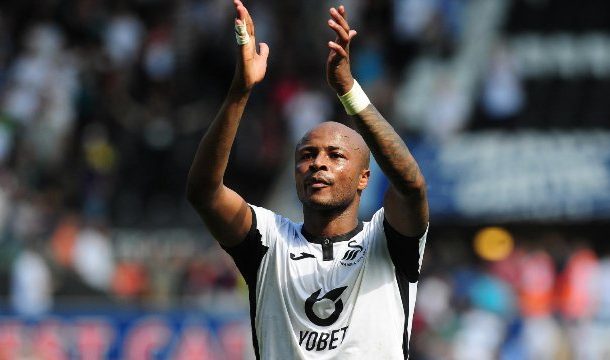 Swansea City defender Joe Rodon is delighted that Andre Ayew has decided to stay at the club.

The Ghana forward spent last season on loan at Fenerbahce and had been expected to leave this summer.

The 29 year old said he had received offers from several clubs ahead of Monday's European transfer deadline but had opted to stay at the Liberty Stadium.

”obviously that’s a massive bonus for the squad and the fans as well. He’s come in this season and is been brilliant for us so far, hopefully he keeps doing it all season long” Rodon said.

Under new manager Steve Cooper, the Swans are top of the Championship after beating rivals Leeds on Saturday.