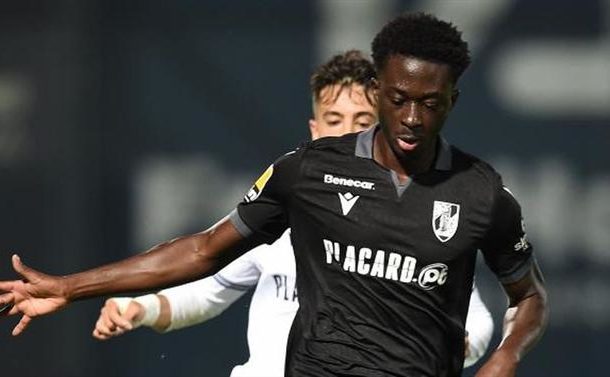 French Ligue 1 side Angers have offered a proposal to Vitória de Guimarães for their Ghanaian center-back, Abdul Mumin, 24, who has a contract valid until 2024.

According to L'Équipe , Angers made an offer of €3 million, plus one million in add ons for the defender.

Signed from Nordsjaelland (Denmark) in the summer of 2020, Mumin, a Ghanaian international, has already participated in 61 games in the Vitória shirt.

The defender has been a shining light for his side in the Portuguese Primeira Liga last campaign.

He has been linked with a potential move to clubs such as Lille, AS Monaco in France as his performance has caught the eye of most clubs in  Europe.

Latest to join the long queue of suitors for the center back is French side Anger who are looking for reinforcement at the back in the summer.

He joined his Portuguese club two seasons ago as a free agent from  Danish side FC Nordsjaelland.