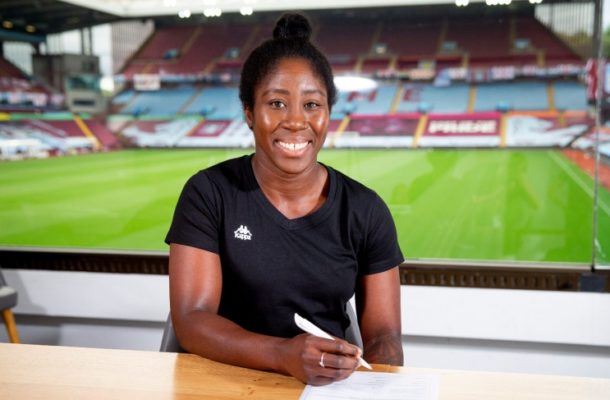 English Women’s League side Aston Villa Women FC have confirmed the signing of Anita Ama Asante on a free transfer after ending her stint with rivals Chelsea last month.

The England international of Ghanaian origin completed her switch to the English Women's Super League club in the ongoing transfer window.

The 35-year-old defender becomes Gemma Davies’ second signing of the summer as she reshapes her squad for their first season in the FA Women’s Super League.

Asante has racked up 71 caps for the Lionesses (female senior national team of England) and continues an illustrious career which has included spells in the USA and Sweden.

Head Coach Davies said: “Anita will be joining us from Chelsea Women with an already tremendous amount of experience in the FA Women’s Super League, having also represented England at major tournaments.

“Anita’s on-ball ability lends itself superbly to that of a modern-day centre-half – happy to play in tight spaces, play under pressure and creative passes between lines.

“This is what a centre-half at Aston Villa looks like. But it’s her character and desire to be the best that sets her apart.

“We are all really looking forward to welcoming Anita at Bodymoor Heath for the start of pre-season.”

She began her career at Arsenal and has also played in the USA and Sweden, has not played since tearing her quadricep tendon in October.