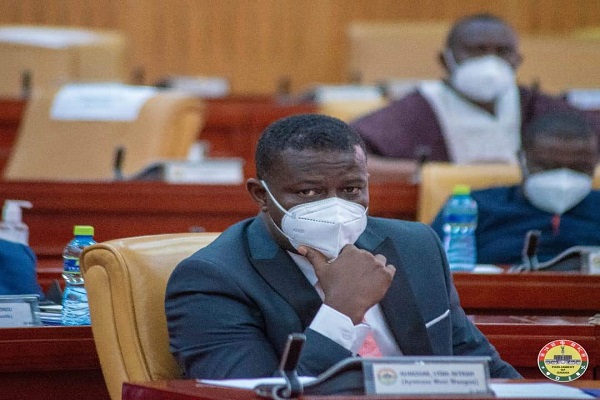 Majority Chief Whip MP for the Nsawam-Adoagyiri constituency, Hon. Frank Annor-Dompreh, has called on the State Investigation bodies to prosecute government appointees under ex-President John Mahama over some abandoned electricity meters at the Tema Port.

Mr. Annoh-Dompreh made this assertion after the Minister of Energy, Dr. Matthew Opoku denied knowledge of the development in parliament, disclosing that a container full of meters has been abandoned at the Tema port since 2016.

He noted that there was some verification that should have been done but “the conditions were not met, ECG was not contacted and yet the bank went ahead to pay $22m, a significant portion of the $40million".

The MP after expressing worries over the incident said beyond the answer by the minister, EOCO has undertaken some investigations and will soon forward the findings to the AG for the prosecution of individuals involved since some payments have been affected already.

Addressing a section of the media, he noted that “As we speak there is some substance at the port and it’s lying there. I have not verified the content of that container but we are told they are thousands of meters in there and Ghanaians are crying for meters".

According to him, "We have done some investigations and a report submitted to EOCO and EOCO has forwarded its report to the Attorney General (AG)".

Annoh Dompreh further noted that "I have filed a question to the AG on what they are doing about it and if there is any locus to prosecute this matter. It is a very important matter; I urge you to show interest in this matter to the press, it happened in 2016".

He finally vowed to pursue the matter to its logical conclusion despite the position of the sector minister.

The deal between ECG and L and R Investments 2016 was for the delivery of prepaid meters.

The said abandoned meters were procured by ECG for $40 million in 2016.