Anti-LGBTQI+: Parliament will not allow any delay on bill passage - Speaker 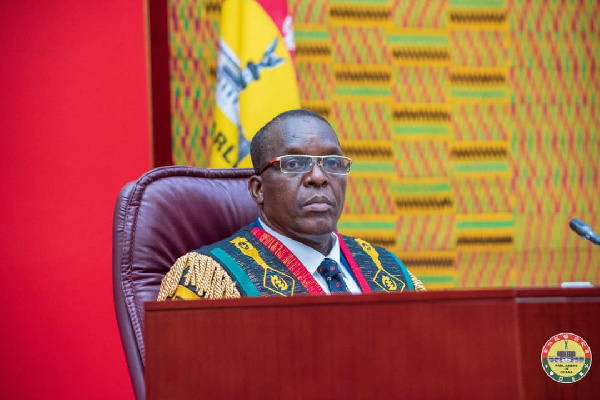 The Speaker of Parliament, Alban Bagbin, has served notice that the House will not allow anybody to delay the process of passing the promotion of Proper Human Rights and Ghanaian Family Values (Anti LGBTQI+ bill) 2021.

He said this during his welcome address to Members of Parliament (MPs) to the third meeting of the First Session of the 8th Parliament today 26th of October, 2021.

According to the Speaker, Parliament will allow suggestions from the public and civil society organisations but in the end, it is Parliament that will determine the fate of the bill.

He said, it’s not just Africa, but the whole world is looking at Ghana on how the bill will be handled.

Mr Speaker indicated that the House will want to know the stand of every member on the proper human sexual rights and Ghanaian family Values bill.

Meanwhile, the Minority Leader, Haruna Iddrisu, has pledged his support to the passage of the Proper Human Sexual Rights and Ghanaian family Values.

The Majority Leader, Osei Kyei Mensah-Bonsu, has assured members and the general public that, the House will follow the due process in passing the bill before the House.

Eight Memers of Parliament jointly submitted a private bill to push for the criminalisation of LGBTQI+ activities in the country.

The bill, which they term as a ‘Bill on the Promotion of Proper Human Sexual Rights and Ghanaian Family Values, was presented to Speaker Alban Bagbin on June 29, 2021.

The proponents want the promotion, advocacy, funding, and acts of homosexuality to be criminalised in the country.

The Constitutional, Legal, and Parliamentary Affairs Committee of Parliament has so far received over 120 memoranda from the public about the passage of the bill.