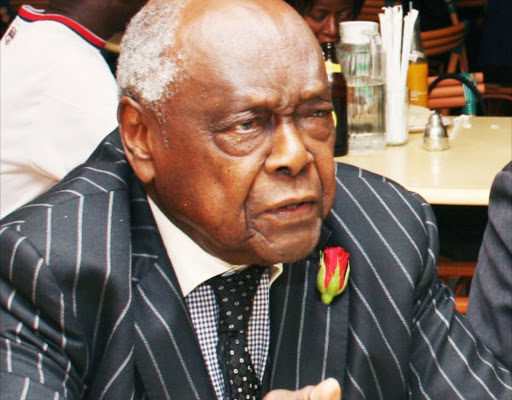 A former Kenyan Attorney General, Sir Charles Mugane Njonjo, has advised young men to attain financial freedom before they finally settle down with a woman.

Charles Njonjo, popularly referred to as 'The Duke of Kabeteshire' who turned 100 years on Thursday explained that the woman one marries determines how well he will live.

He said no man should be in a rush to get married until they are well established.

Speaking while in Uganda for a gorilla tracking event, Njonjo said that he had to wait until he was 52 to get married.

“I don’t understand why men rush to marriage. Why would one want to punish someone’s daughter with poverty? If you attempt to marry while you are poor, you should be arrested”, said Njonjo.

Njonjo said that marrying while poor was punishing the generations to come. They will have nothing to inherit from the parent.

“There is nothing like “We shall look for money together”, said Njonjo, “If you don’t have money, you are not ready for marriage”.