Anyone who will contest Akufo-Addo internally will be rejected - NPP 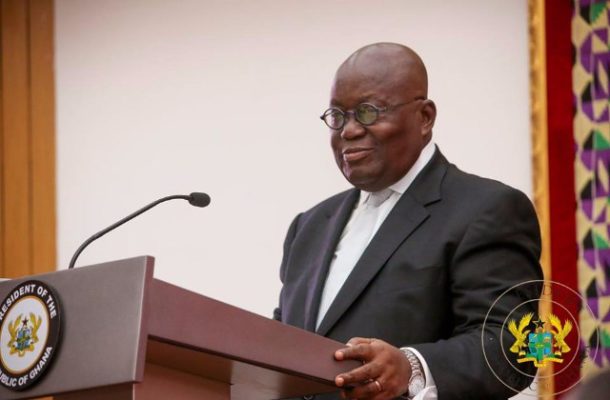 The ruling New Patriotic Party (NPP) has revealed that the party will not allow anyone contest against President Akufo-Addo for the flagbearship position of the party for the 2020 general elections.

Speaking on the matter, the party’s Director of Elections, Evans Nimako, stated that President Akufo-Addo will be allowed to contest for the party's flagbearership position unopposed adding that the President's commitment to govern the country will be enough to win the elections.

He described the performance of Nana Addo is incredible due to the fulfillment of his major campaign promises. ‘’The party is firm and focused and poised for victory 2020,’’ he said.

When asked why he made such a comment he said, ‘’the party is strong and if you are aware of our history, you will recall that former President Kufour transformed the country and President Akufo-Addo is following his path.

When we opened nominations in 2004, we respected Mr. Kufour and prevented people from contesting him internally.’’ ‘’The party is confident in President Akufo-Addo and we are optimistic he will win the 2020 polls for the NPP.

He is the one who will represent the party. We will support him and ensure his policies are fulfilled to make the living conditions of Ghanaians better,’’ he added. Meanwhile, the party has rescheduled its national delegates conference to July 6th - 8th. It was originally scheduled for June 14, 2018.