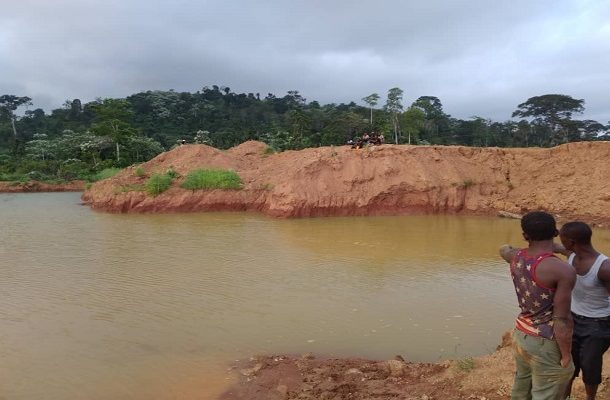 The galamsey pit where the three girls drowned

Three teenage girls have been found dead at Banaso, a farming community near Enchi in the Aowin Municipality of the Western North Region after drowning in a ‘galamsey’ pit. 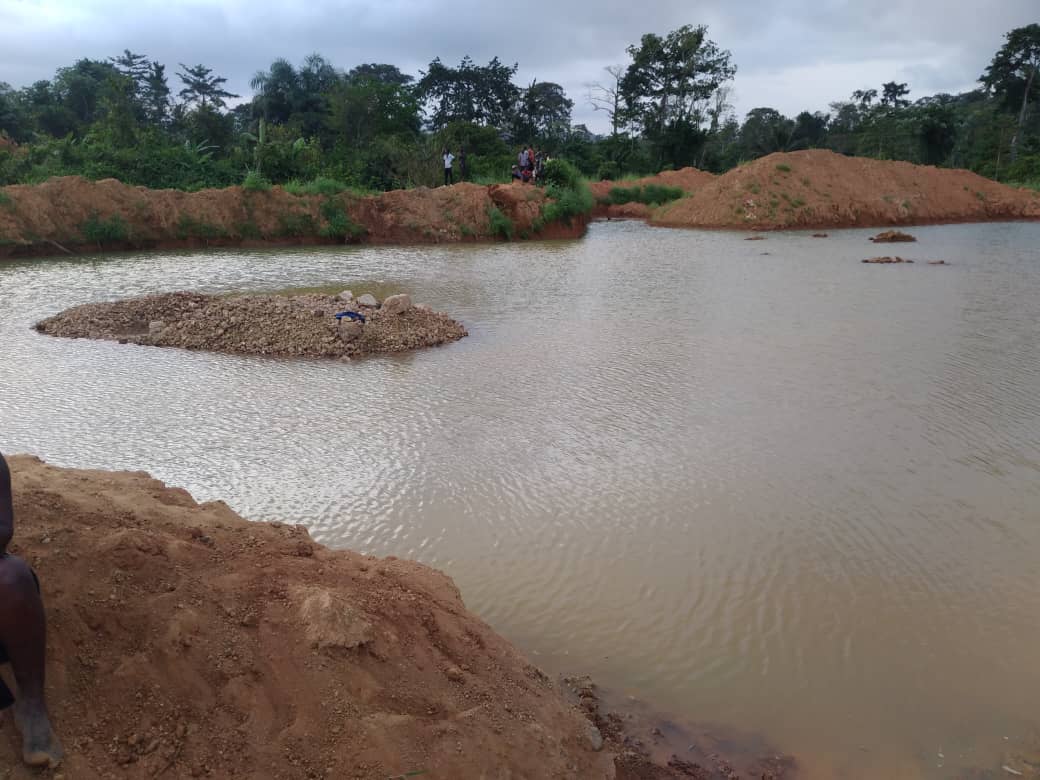 A rescue team from the Banaso community and neighbouring Achimfo rushed to the site to save the girls when they were informed of the incident but after several efforts, the bodies of Ophelia, Maaku and Linda were brought up dead.

The bodies have since been deposited at the Enchi Government Hospital's morgue. 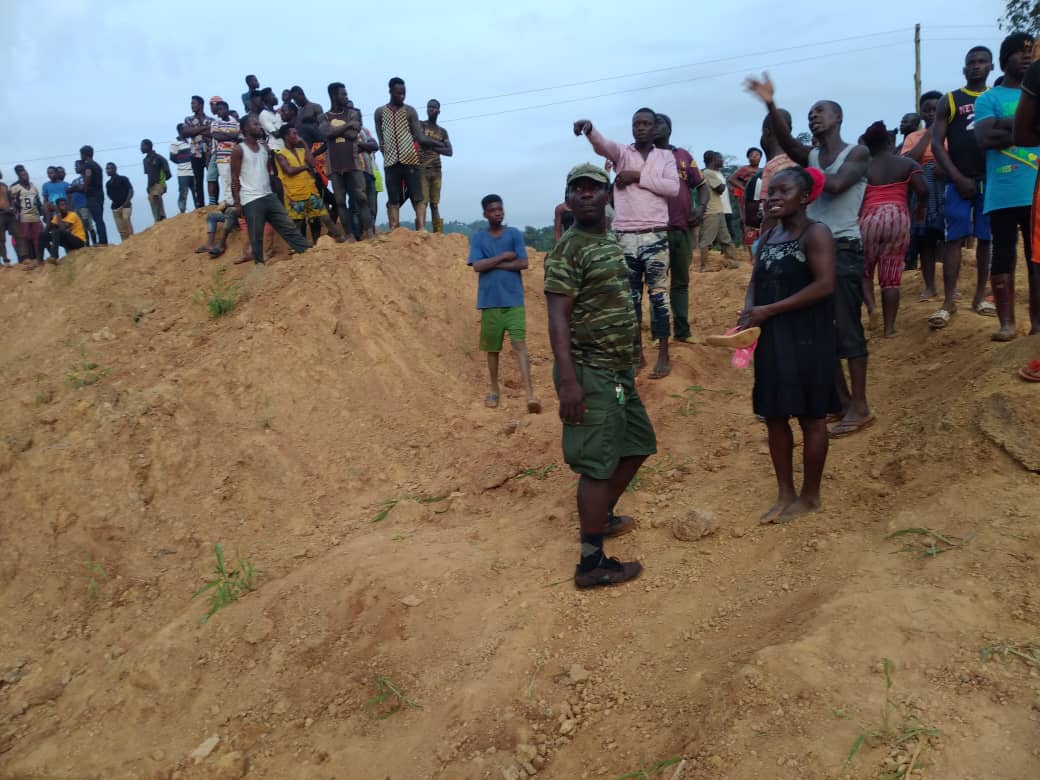 Our reporter, Yaw Asare Justice filed that “following incident, the youth in the community have stormed the site destroying equipment belonging to the Chinese who have been mining in the area.”

“They've even burnt their tricycle (aboboya),” he said.

He disclosed that, “Since schools went on break due to the Coronavirus, children of school-going age, mostly teenagers, go to the galamsey site to engage in ‘dig and wash’, for a daily mark of GHC30”. 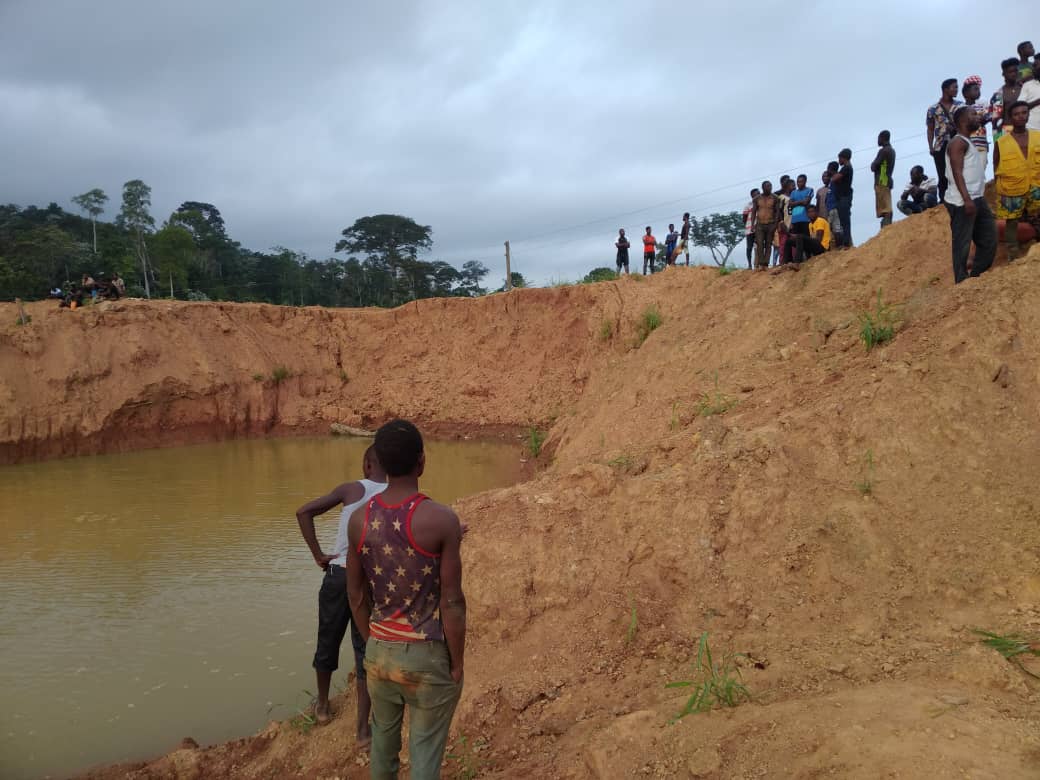 Banaso is a community noted for illegal mining and despite several calls to stop the act, the menace continues.