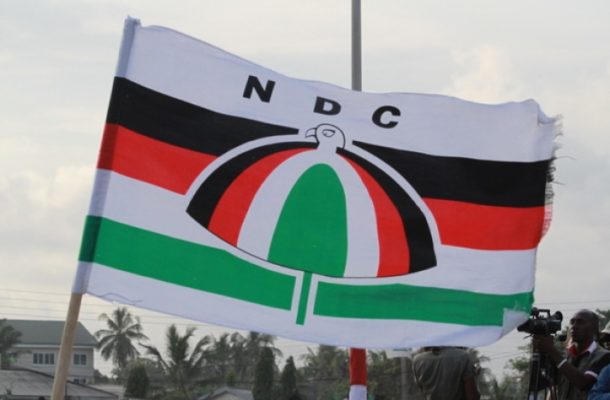 The approval of Nana Addo Dankwa Akufo-Addo's appointees by the 8th Parliament in the easiest way some of us have never witnessed since 1992, has drawn many, including CSOs, well-meaning Ghanaians and key grassroot members of the NDC into grave disappointment.

We all saw and followed the vetting process that was televised live on traditional media and the official Facebook page of Parliament.

It is not about whether the NDC wanted nominees to be disapproved by the mere fact that they are appointees of the NPP, but in the assessment of their performance at the vetting level and the discharge of their responsibilities in their first term as ministers, we thought the rubber stamp act of Parliament as many have described, would be a thing of the past but was rather affirmed by this Parliament.

Hawa Koomson's poor performance that indicated she knows absolutely nothing about the field she has been nominated to mount and her unethical act of gunshot which is against the country's law on security. The poor performance of ministers0nominee for Defence, National Security and Interior in their first term in the same portfolios was nothing to write home about with the level of insecurity and political hooliganism propagated by loyalists of the NPP in their first term.

Annual reports from the Ghana police service have indicated poor performance and state of insecurity compared to the erstwhile John Mahama term. The kidnapping and murdered three Takoradi girls, the killing of Armed Suale ,the threat on Manasseh Azure's life, the bad history of our country to experience military invasion during election registration and voting which resulted in the death of 8 innocent Ghanaians etc.

The nation witnessed a vetting where the citizens thought they could get a lot of clarity on issues from appointees but turned to be a vetting of "I DON'T KNOW' whenever issues of conflict of interest were asked, contract issues and unfulfilled promises came in .This was related to minister nominated for health, Information and others.

There were clear facts of issues that Parliament could have based on to disapprove some of the nominees and I think aside the grassroots of the NDC and CSOs, most Ghanaians would have praised and understood the 8th Parliament rather than the purported family relation, scratch my back today and let me scratch your own tomorrow phenomenon.

It is about Ghana, and Ghana deserves competence and not personal interest of some individuals.

After that event, the dimension has changed and focus being put on the NDC's National communication officer Lawyer Sammy Gyamfi Esq. for taking the bull by the horn to speak the voice of the voiceless and in the collective interest of today and the future.

Every human is fallible and the fallibility has no respect for age so the NDC Parliamentarians must come to terms with it and accept their errors and mistake and let's look forward as a party.

"If you don't accept you have erred, you can never make amends ".

My main focus is on the near-apathy this act is likely to find bring in the NDC, if Functional Executives Council(FEC), Council of Elders of the party, and John Dramani do not act quickly to settle matters.

The grassroots are still angry and some Parliamentarians are also angry on the comment of some party members against their acts. Some elements within the NPP are hiding behind some key NPP MPs to fuel the matter so as to cause confusion in the party.

2024 is just around the corner and every issue is equally important.

Together we stand, Divided we fall.