My appeal is to protect party’s constitution — Afoko 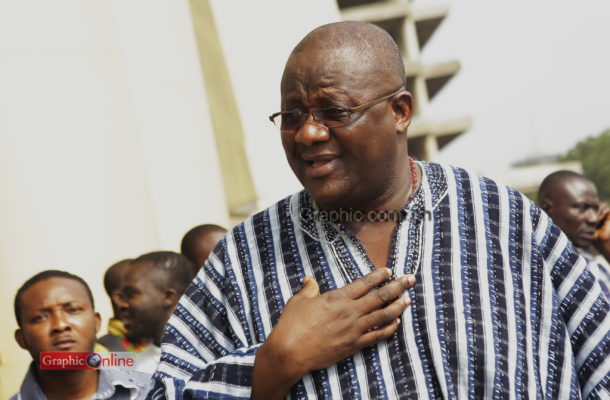 The suspended National Chairman of the New Patriotic Party (NPP), Mr Paul Afoko, says his decision to appeal a recent High Court judgement that affirmed his suspension was to protect the party’s constitution.

In an interview with the Daily Graphic, his spokesperson, Nana Yaw Osei, said the appeal was also to protect the future of the NPP.

“This struggle is not about Mr Afoko, it is for posterity. Whatever is happening today will be a lesson for tomorrow’s leaders of the party so that one day some people will just not stand up and get elected officers out of the party,’’ he said.

The legal team of the NPP, however, said it was the right of the suspended national chairman of the party to appeal the decision, but it was up to him to prove to the Court of Appeal that the verdict of the High Court was faulty.

Lead Counsel of the NPP, Mr Godred Yeboah Dame, told the Daily Graphic that “the appeal is only a test of the soundness of the judgement.’’

“It is up to him to marshal his forces to convince the Court of Appeal that the High Court was wrong. As far as we are concerned, we have done our case,’’ he said.

Mr Afoko last Tuesday filed an appeal at the Court of Appeal, challenging the decision of the Human Rights Division of the Accra High Court to affirm his suspension by the party.

The court, presided over by Mr Justice Anthony Yeboah, on August 15, 2016, dismissed Mr Afoko’s suit challenging his indefinite suspension from the party.

It held that the procedure and processes that led to his suspension were “lawful, fair and just.’’

Mr Afoko is, however, seeking the Court of Appeal to set aside the whole decision of the High Court.

In his notice of appeal, he said the High Court judge erred in law by failing to consider a case of bias against Madam Ama Busia and Professor Mike Oquaye who were both members of the party’s disciplinary committee (DC) that heard the petition against him and the Council of Elders.

“The Council of Elders had earlier filed a petition for the removal of Mr Afoko as National Chairman of the party,’’ it said.