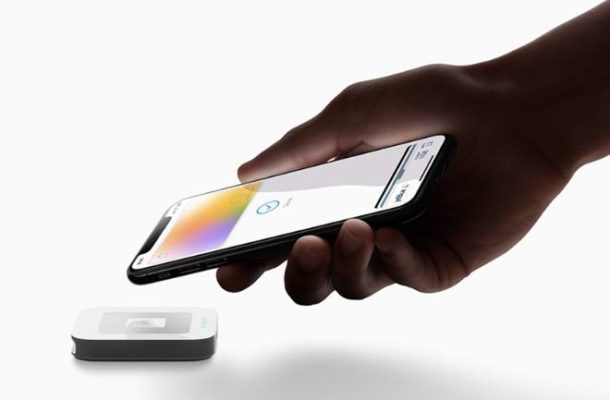 Apple announced its entry into the finance sector by introducing its first credit card – the Apple Card at its March 25 event.
The Cupertino-based company said it has partnered Goldman Sachs and Mastercard for the Apple Card, which will be integrated into Apple Pay – Apple’s own digital wallet that was launched way back in 2014. This sounds a bit familiar for Indians who first got the flavour of cashback rewards with the spike in digital transactions. But it barely goes with Apple’s repute – the company has never really indulged in rolling out sops to its customers to encourage them to buy Apple products. Read | Apple March 25 event highlights: Apple TV+, News+, Apple Card, and Apple Arcade launched Apple Card will work with the Apple Pay account and allow the user to make payments at the places that support the service. Apple is luring users by doling out Daily Cash, the company’s term for cashbacks that will follow every transaction made using Apple Card. The Apple Pay app will track everything – expenditure, balance, and the minimum due bill – that is incurred on the Apple Card. The company has also launched a physical, titanium card that does not bear expiry date, CVV, or any other card-related information.
All of this seems similar to what other conventional credit cards offer. But what makes Apple Card different is the company’s approach to make credit card affordability more fluid. Apple said it will not charge any late fee on payment defaults; there will not be any joining fee or over-the-limit fee; the interest rates will be “lower” than the counterparts. The credit card debts are a huge problem in the US – according to a MagnifyMoney survey, Americans paid over $110 billion in credit card interest and fees combined, a rise of 45 per cent over the last five years.
The Apple Pay users in the US will be able to sign up for Apple Card right from within the app. There is no word as to when Apple Pay, as well as Apple Card, will arrive in India as the company has struggled in the country to catapult iPhone sales. The proposition that Apple is now reinventing itself into a software company falls short when it is substantiated with a global perspective.
The Apple services – including Apple Pay and Apple Card – are solely reliant on the iPhone and other Apple devices (Apple Watch). Outside the US and some other countries, the penetration of Apple’s hardware products is not even half as much as the Android counterparts. In India, Apple was reported to rake up a meagre 1 per cent of the overall smartphone sales last quarter, as per IDC. This jeopardises Apple’s plans to turn around its revenue in India and same such countries.
Even if Apple Pay and Apple Card come to the Indian shores, the company will see challenges due to the small fraction of iPhone and Apple Watch units, which also makes the merchants hesitant to install the necessary setup for Apple’s payment services.
But India is no more a digitally challenged country, especially after the country-wide demonetisation of Rs 1,000 and Rs 500 bills. The fin-tech industry saw a colossal boom in their business, not only in metro cities but also in the far-flung areas of the country. Paytm, PhonePe, MobiKwik, and other homegrown digital payment services backed the revolution in India’s payment sector. The multinational companies including Google and Samsung jumped on the bandwagon to stay relevant in India.