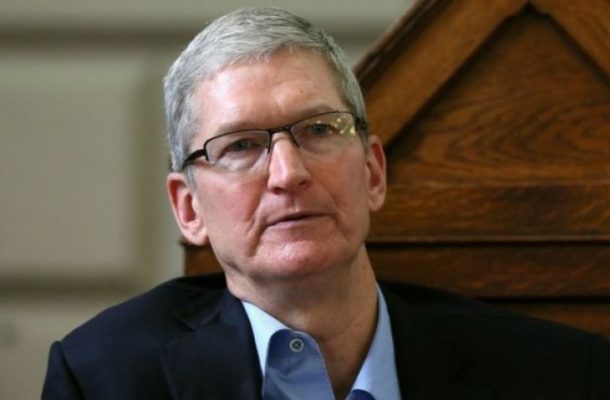 Apple chief executive Tim Cook says the European Commission ruling that Apple should pay billions of euros in back taxes to the Republic of Ireland is "maddening" and "political".He told Irish broadcaster RTE that Apple had not been given preferential tax breaks in Ireland.The EU ruling said Apple had been given €13bn of "illegal" tax benefits.Mr Cook said he was "very confident" the ruling would be overturned on appeal.'Outrage'On Tuesday, the European Commission said Ireland had granted undue tax benefits of up to €13bn (£11bn) to Apple.Speaking about the ruling, Mr Cook told RTE: "It's maddening, it's disappointing, it's clear that this comes from a political place, it has no basis in fact or in law, and unfortunately it's one of those things we have to work through.""When you're accused of doing something that is so foreign to your values, it brings out an outrage in you, and that's how we feel. Apple has always been about doing the right thing."We haven't done anything wrong, and the Irish government hasn't done anything wrong."Mr Cook disputed the Commission's finding that Apple had effectively paid a corporate tax rate of just 0.005%, or €50 out of every €1m, from one of its Ireland-based subsidiaries in 2014."It's a false number. I have no idea where the number came from. It is not true. Here is the truth. In that year, we paid $400m to Ireland, and that amount of money was based on the statutory Irish income tax rate of 12.5%."Apple says that it was the largest corporate taxpayer in Ireland in 2014.He said Apple paid income tax on products sold in different European countries to those countries, and an additional income taxes on profits in the US at a rate of 35%."In 2014 our worldwide income tax rate was 26.1%," Mr Cook added.In addition, Apple has provisioned "several billion dollars" from its profits in 2014 to be repatriated to the US, he said."Right now I would forecast that repatriation to occur next year."'Illegal deal'On Tuesday, the European Commission ruled that Apple's Irish tax benefits were illegal.After a three-year investigation, the Commission said Ireland had enabled Apple to pay substantially less than other businesses, in effect paying a corporate tax rate of no more than 1%.Apple said on Tuesday that the decision would be harmful for jobs."The European Commission has launched an effort to rewrite Apple's history in Europe, ignore Ireland's tax laws and upend the international tax system in the process," the company said.The Irish cabinet met on Wednesday to discuss the tax ruling. But it failed to agree a position, and will meet again on Friday to decide whether to appeal against the Commission's decision.