Apple vs Qualcomm: Key takeaways from the latest patent rulings 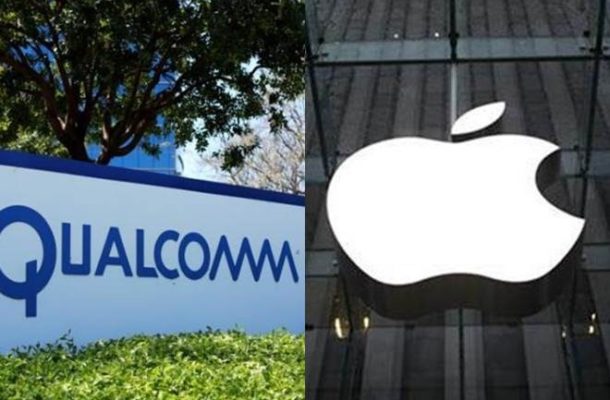 The U.S. International Trade Commission ruled twice in a long-running patent battle between Apple Inc. and Qualcomm Inc. What happened on Tuesday:In the first case, an ITC judge found that Apple infringed a Qualcomm power-saving patent and said she would recommend an import ban on some older models of the iPhone. In the second ruling, which came after the market closed, the full commission ruled against Qualcomm. That was a final decision in a separate, earlier case about a different patent. What you need to know:Neither side won. But Apple dodged a real headache with the second decision. The company avoids an import ban that would have affected a broad range of iPhones, including the iPhone 7, iPhone 7 Plus, iPhone 8, iPhone 8 Plus, and the discontinued iPhone X. There’s less impact from the first ruling. It just covers the iPhone 7 and iPhone 7 Plus. A final decision from the full commission on the judge’s recommendation won’t be made until the third quarter. Even if it’s upheld, Apple is likely to discontinue those iPhone models soon. These ITC rulings probably won’t bring Apple any closer to the negotiating table to work out a settlement with Qualcomm. Other Qualcomm-Apple cases are still churning slowly forward. The U.S. Patent and Trademark Office has agreed to review the validity of the Qualcomm patent based on an Apple challenge and will issue a decision in about a year. The ITC will issue its final decision well before then. The next big fight will be in San Diego in April. There, Apple and its contract manufacturers will argue that Qualcomm violated its obligation to license industry-standard patents on fair and reasonable terms. Qualcomm will argue that the manufacturers breached their contractual promises to pay royalties. An antitrust trial brought by the Federal Trade Commission against Qualcomm becomes more important now. U.S. District Judge Lucy Koh is scheduled to rule on this soon. Company responses:Apple: “We’re pleased the ITC has found Qualcomm’s latest patent claims invalid, it’s another important step to making sure American companies are able to compete fairly in the marketplace. Qualcomm is using these cases to distract from having to answer for the real issues, their monopolistic business practices. They are being investigated by governments around the world for their behavior and we look forward to detailing the many ways they’re harming consumers and stifling innovation when we present our case in San Diego next month.” Qualcomm’s General Counsel Don Rosenberg on the earlier ruling: “We appreciate Judge McNamara’s recognition of Apple’s infringement of our hardware patent and that she will be recommending an import ban and cease and desist order.” The company declined to comment on the second decision. Analyst reactions:“No court has actually kept iPhones from hitting the U.S. It’s not to say it won’t happen, but I think it would be difficult,” said Shannon Cross of Cross Research. “In these cases, these are also the older phones, which Apple is using to push to more people at lower price points, so a ban would go against what Apple has been pushing.”
“They’ll continue to litigate until something happens in the courtroom which seems to foreshadow a result that one side or another can’t tolerate,” said Doug Cawley, a patent lawyer at McKool Smith PC, who has represented clients in suits against Apple and Qualcomm. “Both companies may look at the expenditures, which are easily in the hundreds of millions in attorney’s fees and say maybe we would be better off finding a resolution here.” The fact that an import ban is still hanging over Apple “gives Qualcomm some settlement leverage over Apple,” said Tamlin Bason, an analyst with Bloomberg Intelligence.