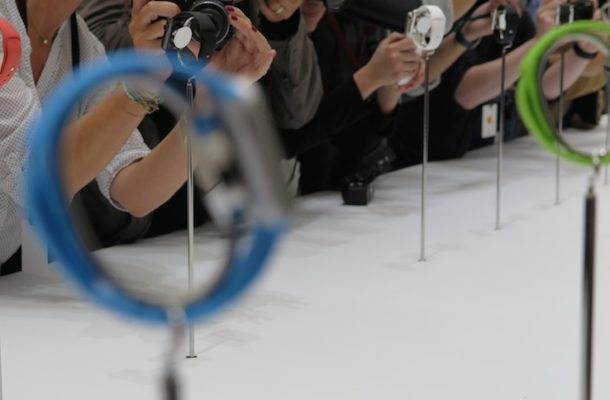 The Apple Watch 2 is going to launch later this year, boasting an array of new features. That’s the word according to respected KGI Securities analyst Ming-Chi Kuo.

Kuo, who has been pretty accurate with his Cupertino forecasts in the past, says that a 2016 second half launch for the Apple Watch sequel is likely and that the next-gen smartwatch will boast GPS connectivity.

There’s also mention of a faster TSMC-built processor, improved waterproofing and a barometer sensor. Kuo extends his forecast to mention that the Apple Watch 2 will retain the same screen sizes and thickness, but will boast a bigger battery life.
That latter claim rings true with what a DigiTimes report said last week. It said: “Apple will change touch panel technology from G/G to OGS (one glass solution) in the new Apple Watch to be launched in the second half of 2016.”

That claim indicates room for a bigger battery inside if Apple decides to stick with the same girth as the original.

Back to Kuo’s report and he says that, not only will Apple announce the new GPS-enabled smartwatches, but the original models will be revamped with new processors and a higher waterproof rating. These models would see a price-cut from what Apple currently charges for its smartwatch crop.

Those expecting Apple to offer LTE connectivity with the smartwatch sequel are set to be disappointed however, with Kuo claiming that LTE-enabled Apple Watches won’t land until next year.

Between 2018 and 2020 Kuo expects the third iteration of the Apple Watch to come with FDA approval, which would vastly enhance the health credentials of the wearable – an area Apple is obviously keen to dominate in.

A separate report, in Chinese publication Economic Daily News, claims that a new health-based Apple wearable, differing from the Apple Watch line, could arrive alongside the much-murmured iPhone 7 next month.

Back in June, reports suggested that Apple was planning to add a FaceTime camera to the Apple Watch 2, along with new tether-less functionality. Those murmurs claimed a HD camera would be added to the bezel on the front of the device, allowing Watch wearers to video conference with one another.

Later that month patents were uncovered that detailed a dual-camera Apple Watch setup.