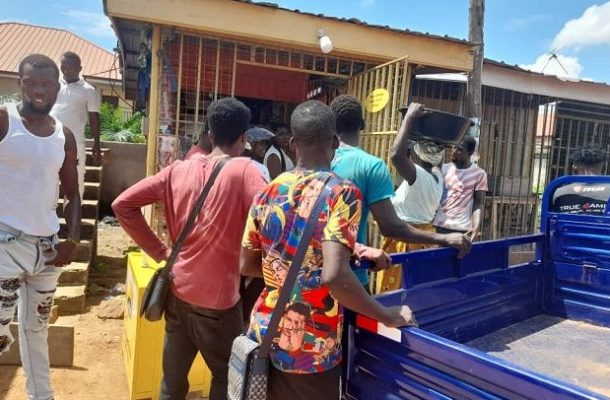 Two armed robbers on a motorbike in a Rambo style on Thursday morning raided some shops including a Popular Coldstore known as “A One” at Dawenhya in the Ningo-Prampram District of the Greater Accra Region.

The armed robbers according report stormed the cold store on a motorbike, alighted, and entered the shop as if they were buying something, pulled out a pistol on the seller, and took away the sales.

Thereafter, they also rushed to a nearby Provisions shop/ mobile money vendor, pulled out the pistol, and robbed the seller including her mobile phones.

The robbers after completing their mission fired a gunshot to scare some youth in the area, who sensed their actions and attempted to rush on them.

The sales boy at the Coldstore who had foreseen the danger quickly took to his heels as the other mobile money vendor fainted. 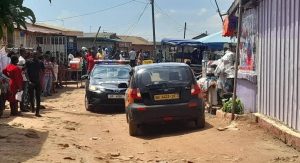 The residents who were around when the shot was fired came out from their homes but the robbers drove off on their motorbike.

Multiple information gathered at the scene indicates that there has been a series of robbery incidents that occurred in the area since last year.

It was established that the robbers have been hiding in an uncompleted building in the area where they have been brainstorming their operations.

Meanwhile, Dawenhya Police when had the information rushed to the scene and dispatched a team searching for the robbers.