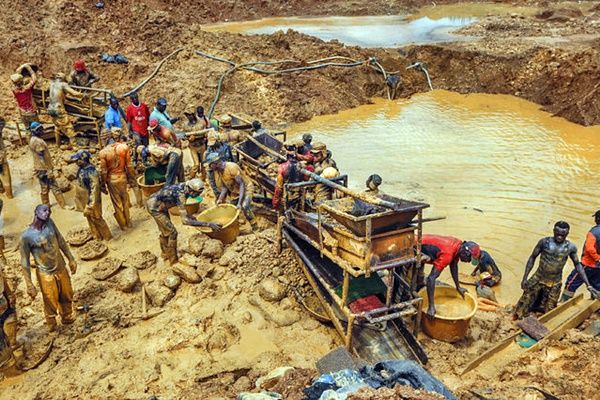 Former NPP Member of Parliament (MP) for Ayensuano constituency, Samuel Ayeh-Paye, has called on National Security and the Inspector General of Police to get to the bottom of a shooting incident at Asaman Tamfoe in the Eastern Region on Thursday, 29th September, 2022.

A disturbing video of some men wielding guns and exchanging shots has surfaced on social media.

The video which has since gone viral and has been shared by popular musician and social commentator, Kwame Asare Obeng, affectionately called 'A Plus', is reportedly about galamsey.

The gunshots are said to be as a result of a gun battle between some illegal miners and an anti-galamsey taskforce set up by government.

Addressing the issue, the former MP charged the security services to arrest the culprits.

"I believe National Security, IGP will have this video . . . I believe those people who engaged in the shooting will be arrested," he said on Peace FM's "Kokrokoo" programme.