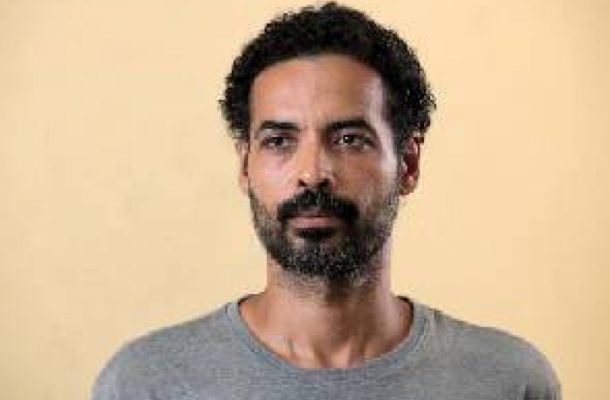 The partner of former EastEnders actress Sian Blake has been given a whole life tariff for killing her and their two children.Arthur Simpson-Kent, 49, stabbed Ms Blake to death along with their sons Zachary, eight, and Anon, four.The Old Bailey heard he killed them when he learnt Ms Blake was planning to leave him and take their sons away.Ms Blake had motor neurone disease and would not have been able to defend herself, the court heard.All three were hit on the head before they were stabbed in the neck or throat with a small axe by Simpson-Kent, who then buried their bodies in the garden last December.He painted over the blood stains in their bungalow in Erith, south-east London, before fleeing to his native Ghana in January.Simpson-Kent was arrested at Heathrow Airport in February after being extradited. He admitted to murdering his family in June.Mr Justice Singh said there was "no doubt" that Simpson-Kent should serve the rest of his life in prison. "In my judgment this was indeed a case where each murder involved a substantial degree of premeditation or planning," he said."At the very least that must be true of the murder of each of the two little boys individually, and in turn after the defendant had already killed Sian Blake."MonsterHe added there were serious aggravating features as the victims were vulnerable because of age or disability.Ms Blake's mother Lindell Blake said in an impact statement: "We live knowing that Sian and the children would have been scared, terrified before that monster slaughtered them in their home, a place they should have felt safe and secure."Sian was unable to protect her precious children. Little Zachary fighting back trying to protect his mother, himself or his little brother from his own father."Our nights are now sleepless despite our constant tiredness and extreme sadness which never leaves us."The court heard Simpson-Kent told psychiatrist Dr Philip Joseph "something just snapped in me".He said previously: "I felt as if I had just been pushed off a diving board and was falling."Simpson-Kent said he grabbed a small axe that was in the kitchen before hitting her repeatedly on the head."My mind was blank and I was focusing on doing and not thinking. It was like I was there but not there," he said.The judge refused Simpson-Kent's claim that he was depressed and had planned on killing himself.Ms Blake played Frankie Pierre in 56 episodes of EastEnders between 1996 and 1997. She went on to work as a voice-over artist and sign language interpreter.