AS Roma struggling to offload Afena-Gyan, Shomurodov for Andrea Belotti 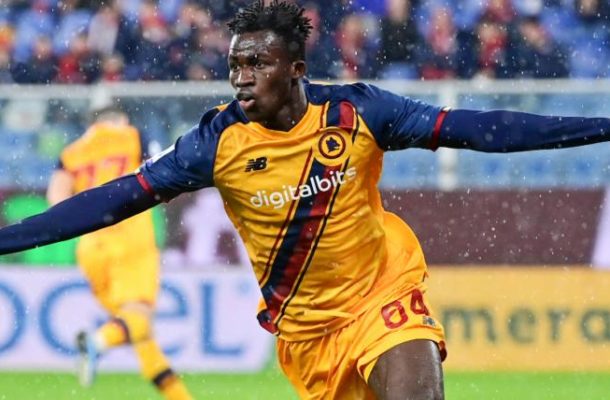 The future of Ghanaian youngster, Felix Afena-Gyan at AS Roma is still hanging in the balance with the club willing to let him go.

AS Roma like the 19year old youngster as they recently extended his contract till 2026 but they also need to fortify their attack as they feel the youngster still needs time.

Former Torino captain Andrea Belotti El Gallo has said yes to the Giallorosi after departing Turin on a free transfer but Jose Mourinho's side needs to offload Felix Afena-Gyan and Eldor Shomurodov.

According to Tuttomercato, AS Roma has failed to offload any of these players and may miss out on their prime target Andrea Belotti as the player's patience has warned.

In France clubs such as Nice and Monaco have held an interest in the Italian striker but he wants to play for AS Roma but they must act fast.

Afena-Gyan has been linked with a move to the newly promoted side Lecce but Sassuolo and Salernitana are looking to sign the Ghanaian prodigy but nothing has materialized tiil now.

The young striker scored two goals in 17 Serie A appearances last season and won the UEFA Conference League title with AS Roma.

Afena-Gyan made his Black Stars debut in the 2022 FIFA World Cup playoffs against Nigeria at the Baba Yara Stadium in Kumasi.

He scored his first ever Ghana in the 2023 AFCON  qualifiers against Madagascar.