Asabee firms up decision to contest for NPP chairmanship position 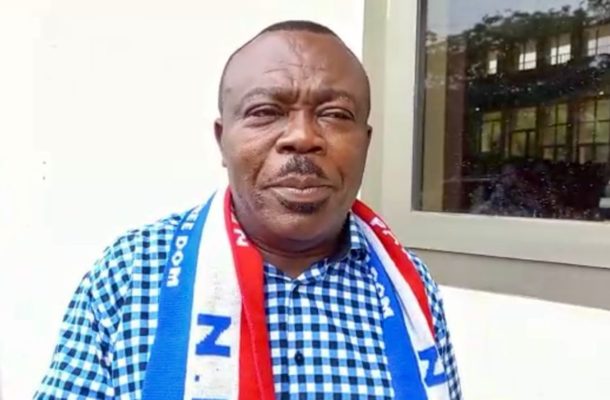 A former Information Minister under the Kufuor Administration, Stephen Asamoah Boateng (Asabee) has declared his intention to contest the National Chairmanship position of the governing New Patriotic Party (NPP).

Asamoah Boateng in a Citi News interview in July 2021 hinted at the possibility of running for the office, stating that consultations were ongoing.

Mr. Stephen Asamoah Boateng emphasised the need to touch base with the grassroots and footsoldiers of the party in a bid to help propagate the work of government and ideals of the party.

“It has come up to me, and I have accepted the responsibility to look at it and sit down and draw the strategy for it. So it’s not something I am not looking at, but it’s all at the planning stage. I have got a job here to do. I have also got to look at the party that brought us to power and the grassroots and the footsoldiers who need to be brought on board.”

“The footsoldiers must be brought on board, and I believe I have all the qualities to do that. But I have to engage the owners of the party and the elders of the party on my intentions. So I am not ruling that out, I am still in the thick of consultations now, so the possibility exists.”

Meanwhile, the former Tourism Minister has now firmed up the decision.

In an interview with Citi News, the former MP said his years of experience in many capacities and offices within the NPP makes him a better candidate for the position.

He also added that he wants to bring back love and discipline to the NPP.

Mr. Asamoah Boateng spoke to Citi News on the sidelines of the Western Regional NPP annual delegates’ conference at Tarkwa.

At the conference, Mr. Asamoah Boateng made the following remarks:

“I will not sit in the office, but go down to the grounds. The second point is that I am someone who can bridge the gap between the government and the party. This is because I have been a Minister, an MP, an organizer and I have been the head of Corporate Ghana in government now. So I understand both the wing of the party in Parliament and also on the grounds.”

“So bridging that gap is something I can do. Then there is another thing that I want to highlight, thus bringing back the love and discipline in the party. If we have that, then it is easy to mobilize, easy to show love and be accessible to the grassroots. We need to bring them on board and motivate them to move and that is the motivation I’m bringing on board“, he said.