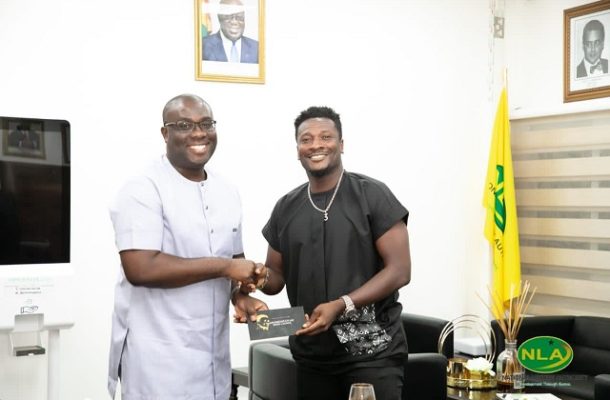 Former Black Stars Captain, Asamoah Gyan has commended the Director-General of the National Lottery Authority, (NLA), Mr. Samuel Awuku popularly known as Sammi Awuku for what he calls the immense transformation he has brought to the Authority.

Baby Jet as he is popularly called says  “since your appointment, l have been monitoring your activities at the NLA and l must say you have changed the NLA, there is a new look and feel at the NLA”.

Asamoah Gyan who was at the offices of NLA to invite the Director-General to his book launch says the NLA has been greatly improved under Mr. Samuel Awuku. 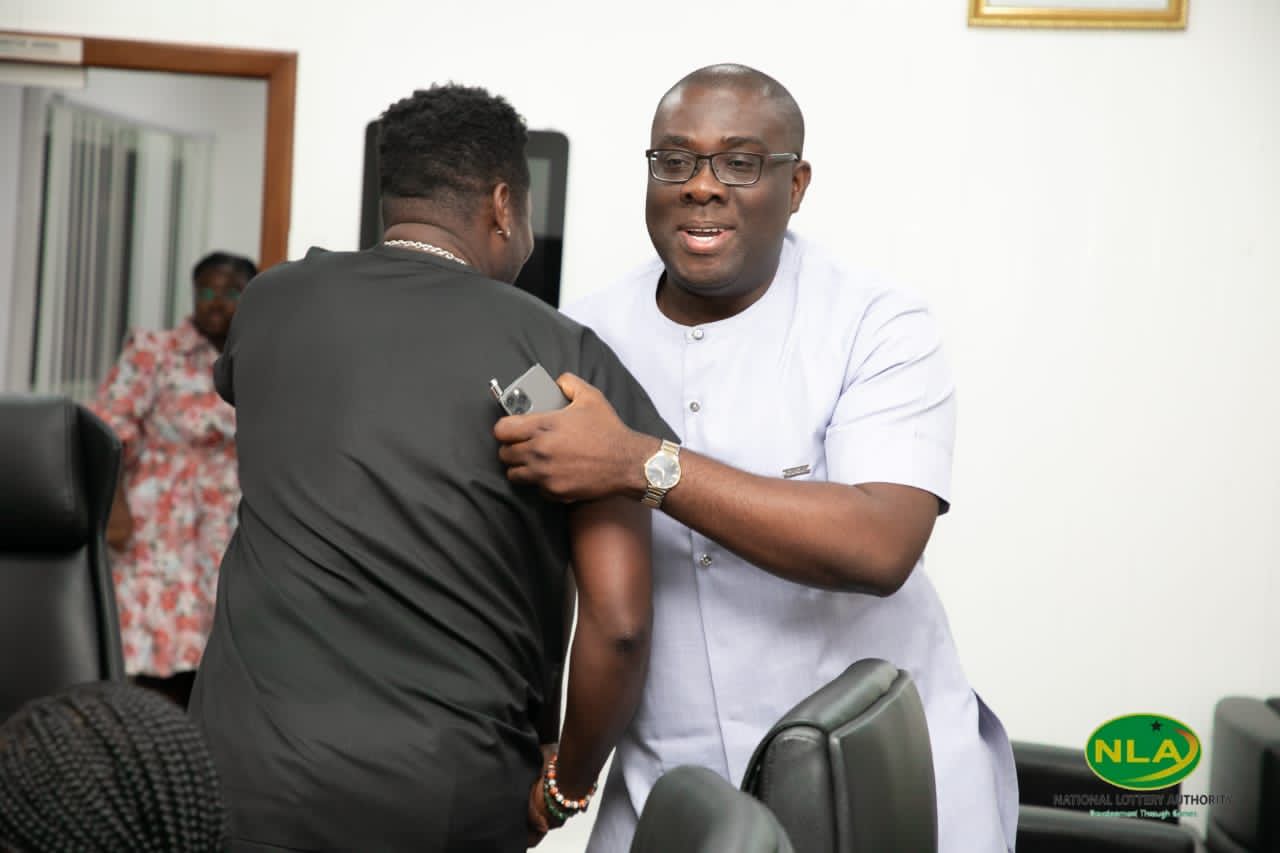 Mr. Awuku on his part thanked Asamoah Gyan for the invitation and commended him for taking this bold initiative of writing his memoir.

“What you have done today is what many accomplished people fail to do, we fail to write our memoirs, we don’t give the young ones the keys to our success story. I want to thank you and your team for putting this piece together

“As a player, you have accomplished so much, on the European, Asian and African levels and particularly for Ghana. It will be interesting to know how you did all of this,”, said Sammi Awuku. 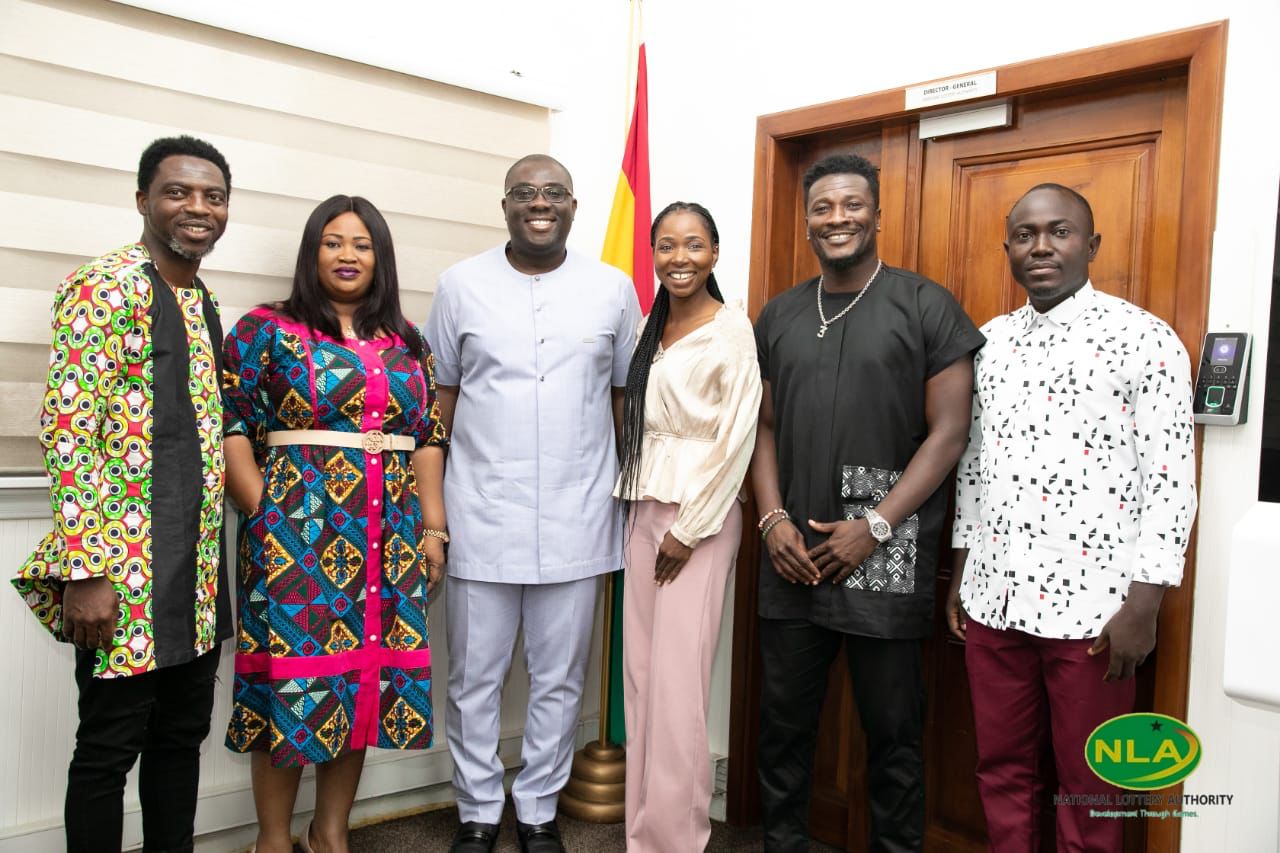 The former Black Star’s captain’s book is scheduled to be launched on the 30th of April.