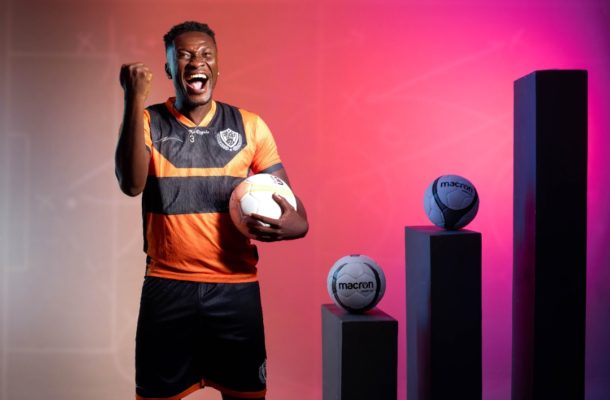 Former Ghana captain, Asamoah Gyan has descended into the gutters with a social media troll who commented on his post on twitter.

After a glittering career in Europe and across the globe, the Ghanaian star decided to come home but injuries have curtailed his involvement with Legon Cities.

On Friday the club recorded an emphatic 5-2 victory over high flying Agsnatigold at the Accra Sports Stadium which moved them out of the relegation zone.

The former Ghana captain posted a video of himself and Jonathan Mensah in the dressing room of Legon Cities celebrating the win with some hot jama.

A social media troll picked on Gyan and questioned whether he was signed by the club to play football or sing jama.

An obviously furious Asamoah Gyan replied him with venom, fire and brimstone. 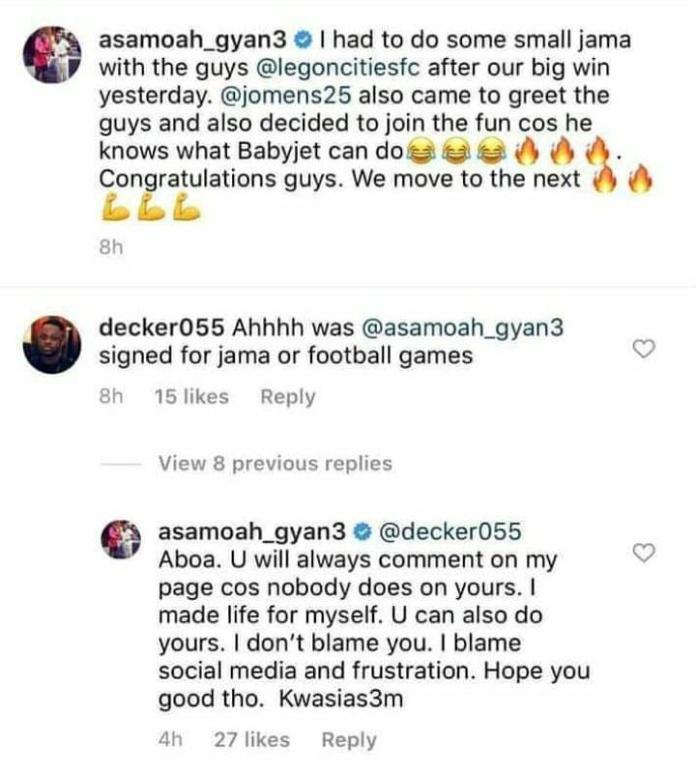