Asamoah Gyan makes a return to the Black Stars 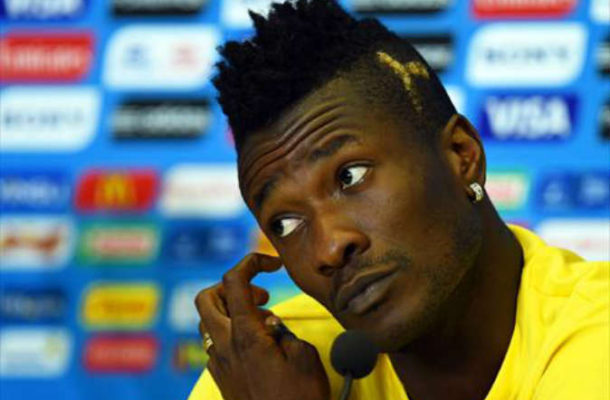 Ghana and Shanghai SIPG striker Asamoah Gyan has made a return to the national team after missing the last two games.

Gyan has battled with injury in the last few months making him miss Ghana’s last two games against Mozambique and Mauritius but has made a timely return to the team.

Life at club level has been equally testing with persistent injuries robbing him off form and fitness.

The 30-year-old forward is currently on a hunt for a club after he was pressed down by the arrival of Brazilian Hulk from Zenit St.Petersburg earlier in the summer.

His return to the national team is however timely as he has recovered from the injury that has deprived him of continual football for some time now.

Ghana will host Rwanda early next month with the inclusion of Gyan a boost to Avram Grant who has lost influential figure Andre Ayew for four months.