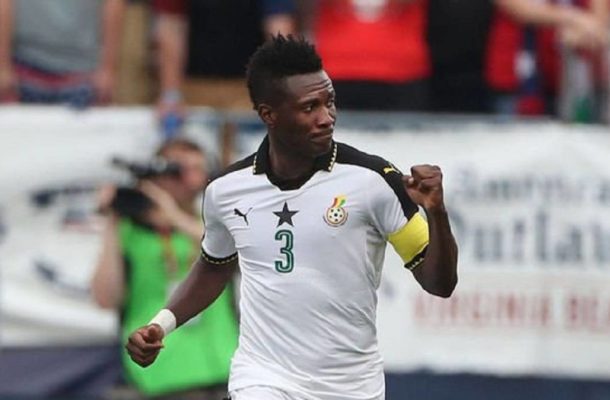 Former Black  Stars captain Asamoah Gyan says that he wants to be at the 2022 FIFA World Cup despite not playing actively.

According to Gyan, he has set up a fitness regime with a trainer and will be fit in time for the World Cup which happens in less than 100 days in Qatar.

The 36-year-old striker has been without a club since leaving Legon Cities at the start of the 2021 season after an injury-ravaged stint with the Ghana Premier League side.

Asamoah Gyan also lasts played for the Black Stars at the 2019 African  Cup of Nations tournament in Egypt.

Despite being Ghana's all-time top scorer and the African player with the most goals at the World Cup a place in the team to Qatar may be a bridge too far for Gyan.

"Talent wise, everything is there already, so I just have to prepare physically," he told the BBC World Service.

"The World Cup is every footballer's dream. I think I've got a bit of energy left in me to prove myself once again.

"I've been out for almost two years now due to injuries but I just need to get my body back in shape. It's an eight-week programme and according to my physical instructor, I'm improving faster than he thought.

"Then I must see how my body reacts to playing competitive football."

The unattached 36-year-old won the last of his 107 caps for the Black Stars in July 2019 and has not played a club game since an outing in April 2021 for Accra-based side Legon Cities.