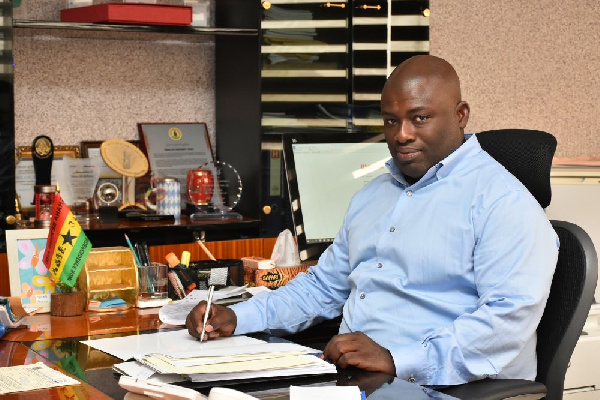 U.S. regulators say Asante Berko say hid his misconduct from Goldman Sachs by misleading compliance personnel about the true role of the intermediary company that paid bribes at of least $2.5 million to Ghana government officials.

The former Goldman Sachs Group Inc. banker was sued by the U.S, Securities and Exchange Commission (SEC) on Tuesday for allegedly orchestrating a bribery scheme that helped a client win a government contract to build a power plant in Ghana.

The 46-year-old is accused of arranging for a Turkish energy company to funnel at least $2.5 million through a Ghana-based intermediary to government officials.

He was working for the bank when negotiations started but resigned when Goldman Sachs pulled the plug on the deal after compliance officers alerted leaders over some irregularities.

The SEC said Berko tried to hide the scheme from the bank, whose compliance officers questioned how the deal was put together.

Goldman, which wasn’t named in the SEC’s lawsuit, terminated its involvement with the project after the energy company refused to explain the intermediary firm’s role, the SEC’s legal complaint says.

“Berko orchestrated a scheme to bribe high-level Ghanaian officials in pursuit of firm business and his own enrichment,” Charles Cain, head of the SEC’s anti-bribery unit, said in the statement.

“The firm’s compliance personnel took appropriate steps to prevent the firm from participating in the transaction and it is not being charged.”

The SEC is seeking monetary penalties against Berko and other remedies.

Berko worked in the financing group of Goldman’s investment-banking division.

He tendered his resignation in December 2016, according to the SEC.

Berko is now the managing director of the Tema Oil Refinery, Ghana’s sole crude refinery, where he was appointed in January.

A spokesman for the plant wouldn’t immediately comment when contacted by text message.