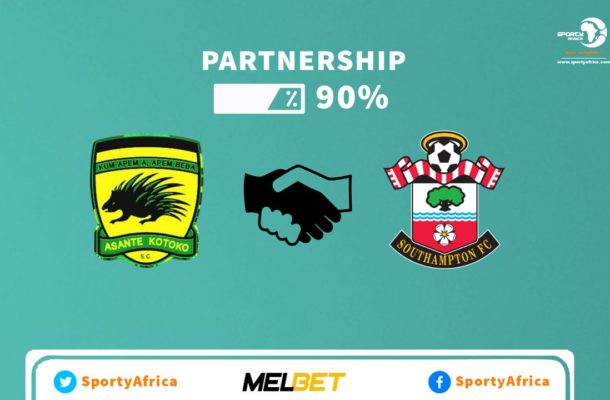 This announcement was made by the Chief Executive Officer of the club Nana Yaw Amponsah at the Sports Hotel during the unveiling of the eight member management team.

"We are about 90% to sign a partnership deal with an English Premier League club" he made it known during Tuesday's press conference.

The porcupine warriors in the past had a similar arrangement with then English Premier League side Sunderland during the K.K Sarpong regime but did not see the light of day due to numerous management upheavals and different directions.

According to Light FM, Richmond Opoku Afriyie, Kotoko will play a two legged friendly game with Southampton once the deal is finalized.

Among other things a deal of this nature will help enhance the technical acumen of Asante Kotoko as they will be exchange programs among the various technical heads.

Technical team members of Kotoko can go for attachment to gain experience while various teams can go for pre-season programmes among others.