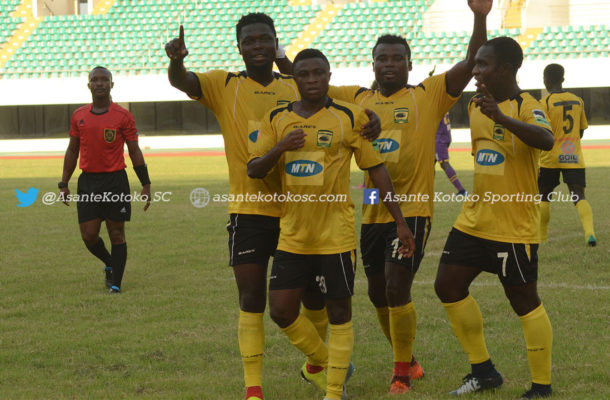 Asante Kotoko were held to a 1-1 draw in a friendly against Medeama at the Essipong Stadium on Wednesday.

The Porcupines Warriors took the lead in the 29th minute after Emmanuel Gyamfi shot into the far post from close-range, having dashed into the penalty area after rounding up Bright Enchil.

The game was fairly balanced with both sides taking turns dominate possession, though Emmanuel Agyemang Badu received a knock to his eyes before the break and was substituted and rushed to the hospital.

Medeama pressed hard in the dying embers of the game and drew in the 88th minute through Emmanuel La's close-range shot after the ball fell into his path during a goalmouth melee.

The game was the last for the Porcupines in their 10-day training camp at Essipong.

The game, which followed a 2-0 win over division-two side Unicon FC, forms part of the preparations for the upcoming CAF Confederation Cup preliminary round matches.