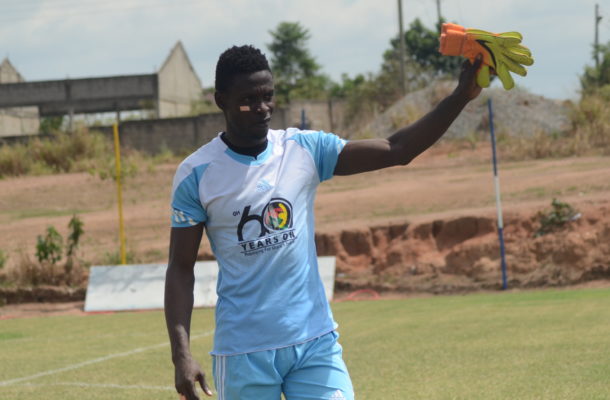 Asante Kotoko have agreed to an amicable termination of the contracts of Michael Abu and Isaac Amponsah.

The goalkeeper and left-back, respectively, joined the club on a two-year deal each in the January transfer window of 2017.

Director of Communications, Samuel Sarfo Duku (Esq), tells Kotoko Express App the decison was taken on Thursday after discussions with the players.

Michael Abu, who formerly played for Ebusua Dwarfs, made just one appearance for the club in the 1-0 defeat to Dreams FC in the 2018 G-8 tournament.

Isaac Amponsah, a former player of Nania FC, featured three times for the Porcupines against Storm Academy in the 2018 FA Cup, Ebusua Dwarfs in the league and Dreams FC in the G8.

Sarfo Duku says the club has expressed its gratitude to both players for their efforts during their time at Asante Kotoko and wish them well.