Asante Kotoko to face transfer ban instead of demotion 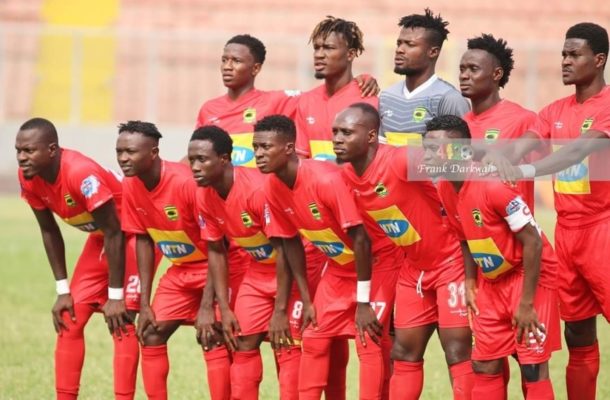 World's football governing body, FIFA has changed its decision to demote Asante Kotoko to a transfer ban should the Ghanaian giants fail to settle the $240,000 debt to Tunisian club Esperance.

FIFA, in a recent statement announced its punishment for the Porcupine should they fail to pay the Tunisian club Esperance de Tunis latest by next month.

The earlier decision by the Disciplinary Committee of FIFA was reduced to a transfer ban on Friday.

The Porcupine Warriors have asked to make a full payment of the earlier verdict which was $180,000 with an additional interest after failing to settle the debt on time

The Kumasi-based club will be paying $45,000 as interest and $15,000 as allowance for the panel who sat on the case at the football governing body earlier last month.

In 2015, Clottey was wrongful signed by Asante Kotoko whiles he had contract with Tunisian club Esperance de Tunis.

Asante Kotoko have been ushered to settle the $240,000 on 17th May 2020 to avoid the abovementioned sanction.