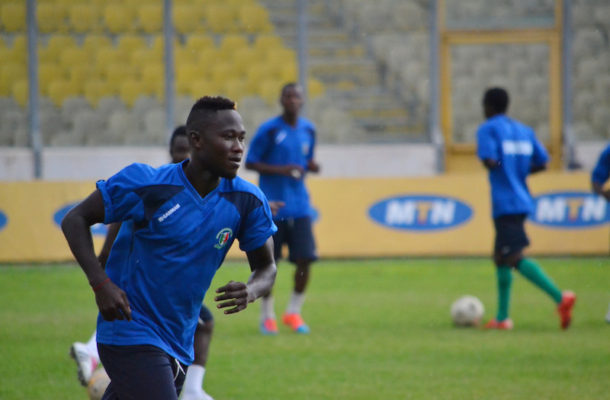 Former goal king Eric Bekoe is on the verge of making  a whirlwind return to the Kumasi Asante Kotoko, ghanaguardian.com has gathered.

The former hitman could rejoin his former side as reports suggest he has been spotted at a gym at Miklin Hotel in Kumasi together with  the  the Kotoko team on Thursday.

The 30-year old, is expected to finalized negotiations with the Porcupine Warriors management to re-join the side on a one-year deal ahead of the coming campaign, the report adds.


The Kumasi-based side will be involved in three competitions next season including defending the FA Cup as well as the CAF Confederations Cup.

He will be the sixth signing of the club following the acquisitions of Emmanuel Owusu, Wahab Adams, Mohammed Sylla, Micheal Abu and Jordan Opoku ahead of next season and his first assignment will be to help the side clinch the upcoming GHALCA G8 tournament, which is slated to start from 6-21 January, 2018.

Bekoe, who helped Kumasi-based to Premier League triumph in 2008 after winning the goal king, has had a tough career since leaving the club.

He has been troubled with series of injuries that has hugely affected his career. Having won the golden boot in 2008, the former Liberty Professional striker join Egyptian side Petrojet but failed to stamp his foot in North Africa before returning home to play for Sekondi Hasaacas during the 2016 season.

He would be expected to exert his experience on the team when the 2018 season takes full flight and his experience would be needed for the CAF Confederations Cup next season following the side's triumph in the FA Cup last term.