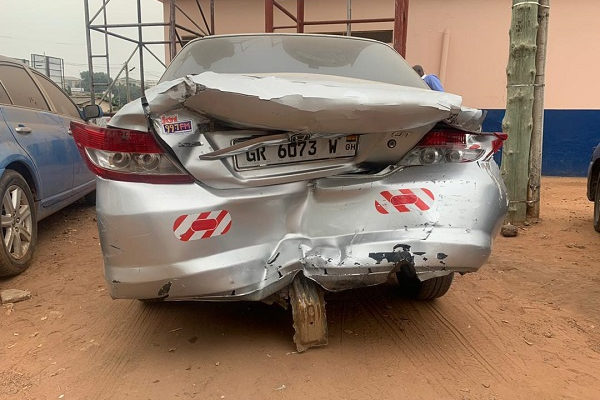 The 2018/19 Greater Accra Best Commentator was on his way to cover a Premier League match between Inter Allies and Medeama SC when a car crashed into his Honda City.

Despite the scary scenes, the ‘Fire-for-Fire’ co-host survived.

The case has been referred to a police station Nima police Station.

Kobby Stonne is currently on leave and expected to return on air next week.