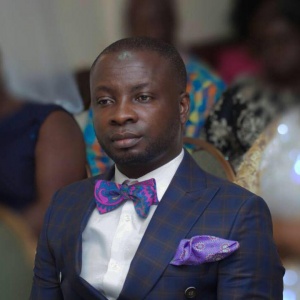 Chief Executive Officer of AshantiGold Frederick Acheampong has lauded the Government's decision to give financial cushioning to Ghanaian clubs who qualify for the group stage of CAF inter-club competitions.

The Government on Tuesday announced  a US$150,000  to  Kumasi Asante Kotoko  following their qualification into the group stage of the CAF Confederations Cup.

It is a new move by Government to urge Ghanaian clubs to "bring honour to the country"  the Sports Ministry  said in a statement.

But while commending the Sports ministry for the initiative, the ace sports journalist wants the move to be sustained by successive governments.

"$200.000 and $150.000 which will be given to the clubs is very good money to take care of some of the cost in playing in Africa Competitions and the Government must be applauded for such Initiative," he said in an interview with kumasi-based Metro FM

"The Government must come clear on it if it’s going to be sustainable or not because it’s been done in years back but was stopped along the line.

He however said his team Ashgold were not ready to participate in Africa.

"We AshGold wouldn’t have pushed for Africa even if this support was earlier known", he stated

Ghanaian clubs in CAF inter-club competitions are to receive annual support from the government in a statement issued by the Minister for Youth and Sports .

The Ministry of Youth and Sports released a letter on Tuesday, January 29, 2019, indicating that as part of the efforts to support Football Clubs that qualify to play in continental competitions, the Ministry of Youth and Sports on behalf of Government has decided to boost Clubs that qualify to the Group Stage of the CAF Champions League and Confederation Cup competitions.