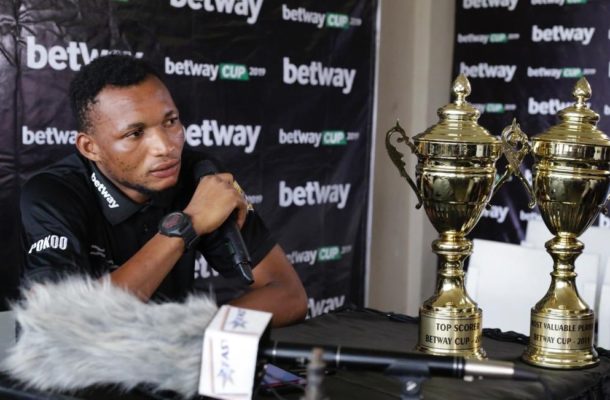 Ghana Premier League side Ashantigold SC have denied reaching an agreement with Kumasi Asante Kotoko over the transfer of midfielder Abdul Latif Anabila.

Reports in the media on Saturday was rife that the midfielder is on the verge of completing a $15,000 move to the porcupine warriors.

The miners have categorically denied such claims as is been rumoured in the local media through a statement on the club's official twitter handle.

"Ashantigold have not reached an agreement with any club on the transfer of Latif Anabila. The player still remains a member of the team. Any contrary report should be disregarded," the club posted on Twitter.

Latif Anabila has been on the radar of the Kumasi based club for some time now with Maxwell Konadu's good working relationship with the player he coached at last year's Wafu Nations Cup in Senegal being a huge factor.

He has made 14 appearances for Ashanti Gold SC in the suspended 2019/20 Ghana Premier League.