Aspirants involved in vote buying should be prosecuted - Prof Gyampo 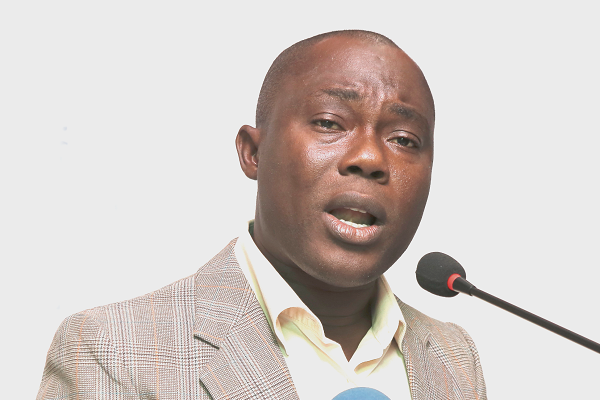 Political Science Lecturer at the University of Ghana, Professor Ransford Gyampo, is calling for the prosecution of all aspirants who have publicly admitted they engaged in vote-buying.

According to him, some Ghanaians do not know that vote-buying is an offense and punishable by law and it is for this reason politicians openly say they have engaged in vote-buying.

The New Patriotic Party (NPP) held its primaries on Saturday, June 20, 2020, to choose parliamentary candidates for the 2020 December polls.

Following the election exercise, some aspirants openly said they engaged in vote-buying to win the elections while those who lost are demanding a refund of their monies.

For instance, Dr. Dickson Adomako Kissi, who won the Anyaa Sowutuom parliamentary race of the governing New Patriotic Party, is reported to have said he spent more than GH¢1 million in cash on his delegates.

Also, for the Tema East parliamentary race, Benjamin Ashitey Armah, also publicly said while he gave each of the 767 delegates GH¢550, his main contender, the incumbent MP, Daniel Titus-Glover, gave each delegate a tabletop fridge and GH¢1,000.

However, Professor Gyampo has said these people should be prosecuted for engaging in cote buying.

He says even if they don’t know that vote-buying is an offense, ignorance of the law is not an excuse.

“For an institution, there are always laws, and these laws should be well known and implemented. There are laws that prevent people from giving out inducement just to get votes and if we don’t know we should be schooled about these laws and people who are found culpable and people who came out openly to say that they violated the laws, the security agencies should take them on," he told GhanaWeb.

The outspoken Professor added, “We should blame ourselves for having weak institutions as most of us do not know the rules in the country.”
Ghanaweb