Assets of Menzgold directors should be seized and sold - Kennedy Agyapong 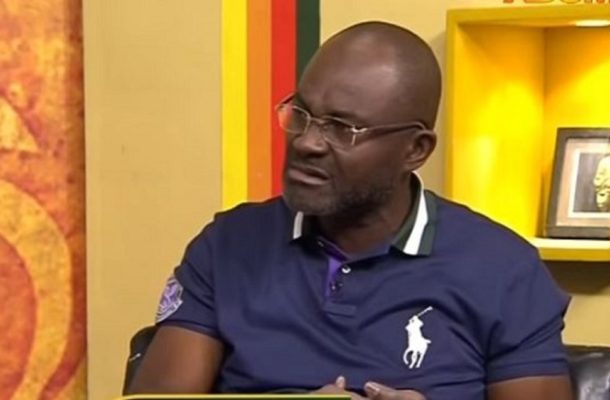 The MP for Assin Central, Kennedy Agyapong has waded into the Menzgold brouhaha again, this time around, lashing it out on customers of the company who have decided to migrate their investments unto their online platform, Menzgold Global.

Kennedy Agyapong who said this without fear on Adom TV’s ‘Badwan’ posited that the online platform introduced by Menzgold is another clever scheme to steal from Ghanaians by the owners of the company and as such no sensible person would fall for it.

Kennedy Agyapong who was vociferous in his submission added that the assets of the company and that of its directors should be seized and sold to pay off the principals of those who invested with the company.

He added that lots of Ghanaians have invested heavily with the company and some are even shy to disclose the amount they invested in the company and that some people are dying inwardly but cannot speak out because of fear of being mocked for being ‘greedy’.

Menzgold Ghana was shut down by the Securities and Exchange Commission in September after the company failed to submit certain documents demanded by SEC.

Although the company threatened a legal action and hired international lawyers to defend them in court, so they can be made to continue operation, little has been heard about the progress of that issue so far.

Nana Appiah in his first public interview on Zylofon FM recently, stated that although SEC and BoG were just carrying out their mandated duties, he didn’t find the licenses they wanted him to get necessary.

In his interview, he urged customers to migrate their investments from Menzgold Ghana to Menzgold Global, so they can continue enjoying their extra-value payments. In a press statement, the company had said it was going to pay 15% of principal starting from 9th November for those who wish to terminate their contract with the company.

Ken has been an ardent critic of the company, describing Nana Appiah as a small boy and revealed that he had sent people to him in the past to get him to invest in his company but he drove them away.