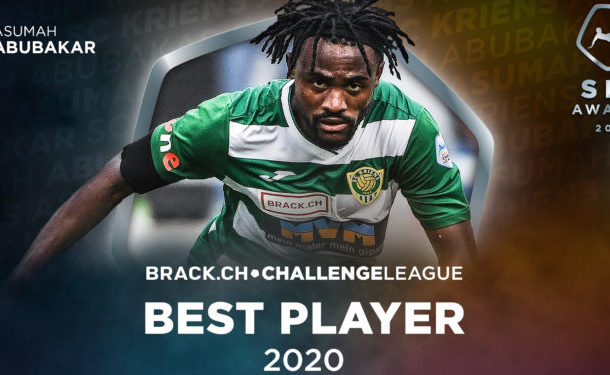 Ghana-born Portuguese national Asumah Abubakar-Ankrah has been adjudged as the best player in the Swiss Challenge League 2020.

The forward was a shining light for his then club SC Kriens in the second tier league as he scored 16 goals and provided 6 assists in 38 matches across all competitions.

His impressive performance for the lower tier side attracted the attention of a host of clubs and was also voted as the player of the season for SC Kriens.

It did not take long before he switched to the Swiss topflight league as FC Lugano signed him in this winter transfer window after an impressive start.

Abubakar-Ankrah scored 7 goals while providing 4 assists in 12 matches in all competitions before joining Lugano.

He has played for Portugal in the 2016 UEFA Euro U-19 Championship but was later dropped due to concerns about his eligibility.