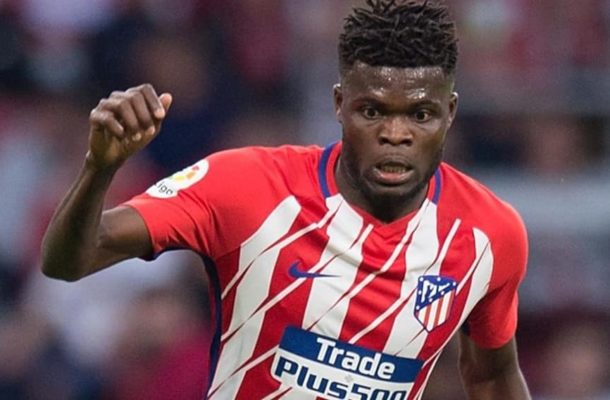 Atlético Madrid's Ghanaian start Thomas Partey is set to sign a new improved contract with the Spanish outfit that will see both his wages and release clause shoot up by a substantial margin, according to reports in Spain.

The 26-year old midfielder has become a key figure in the Rojiblanco set up thanks to the confidence reposed in him by head coach Diego Simeone.

His brilliant showing at since the start of the season has sent sent a great impression to Atleti's management who are preparing to reward him with an improve deal.

The new deal will not only provide an improvement in Party's salary but will also seek to fend off potential suitors with a 100 million Euro release clause.

The Ghanaian international has made a steady rise to stardom since his debut four years ago and has now become and untouchable piece in the center of the field surpassing Marcos Llorente who came as one of the great stars after Atlético paid 50 million for the former Real Madrid man.

Negotiations between Atlético Madrid and Partey in relation to the new contract is far advance and is expected to be concluded in the coming weeks.

The Black stars man has had offers from other big European clubs turned down in the last transfer window.

Partey has played 148 games for the Spanish giants since making his debut, scoring 14 goals and making 11 assists in the process.