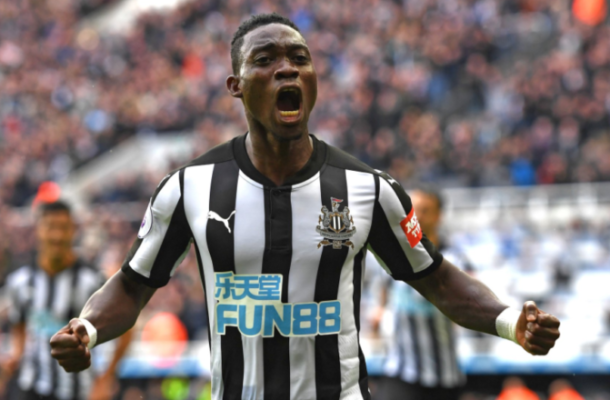 Christian Atsu was a second half substitute as Newcastle United recorded a 2-1 victory over Bournemouth at St James' Park on Saturday.

The Ghanaian international was introduced for Diame in the 80th minute.

Solomon Rondon put the home side ahead after just seven minutes following great work by DeAndre Yedlin, who darted in behind the Bournemouth defence to pick out the waiting Venezuelan.

The 29-year-old striker then doubled his side's advantage as half-time approached, dropping deep to collect the ball before charging into the penalty area to meet Kenedy's cross with a powerful header.

Jefferson Lerma pulled one back for the visitors, it turned out to be only a consolation goal as the Magpies held on to consecutive Premier League wins for the first time this season.