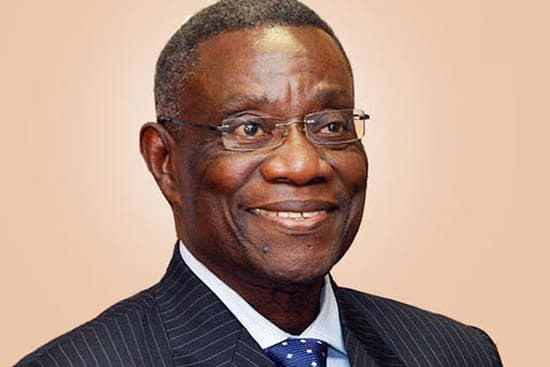 Brother of late President, John Evans Atta Mills, has indicated that the family is likely to boycott the 10th-anniversary ceremony of the late head of State, being organised by the state on Sunday, July 24, 2022.

According to Dr. Cadman Mills, the family sees no point in attending an event to which they officially have not yet been invited, 3news reports.

Dr. Mills commented on the issue in Cape Coast on Friday, July 22, when he was installed as the new family head of the Nkuma Kyereba Twidan Family, the maternal family of the late President Atta Mills.

The brother of the late president further noted that although they cannot be prevented from being present at the celebration if they so choose to, they have decided against it.

As Ebusuapanyin and successor of his late brother, he entreated the family to desist from attending the upcoming event happening at the Asomdwee park on Sunday.

Dr. Mills also expressed displeasure about the failure on the part of organisers to involve the family in the renovation of Prof. Atta Mills’ graveyard as well as the 10th-anniversary celebrations.

Anyidoho, a former aide to Mills and his Atta Mills Institute, AMI, have collaborated with state-owned Coastal Development Authority, CODA, to work on extensive redevelopment works at the Park.

The works were to prepare the place for the upcoming 10th-anniversary commemoration of the death of Atta Mills.

Meanwhile, the completed facility is expected to be handed over to the president for official commissioning on July 24, to coincide with the 10th anniversary of Atta Mills’ passing.
Source: Ghanaweb