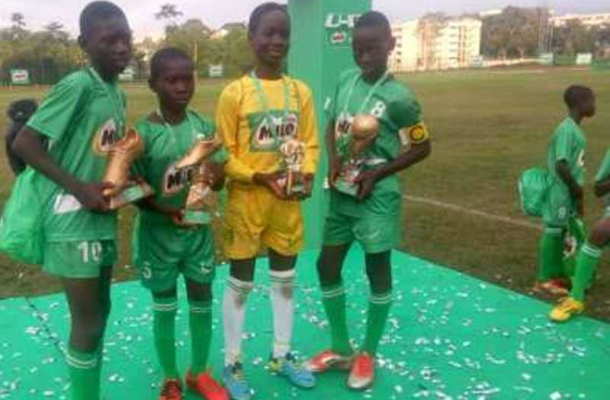 Mr. George Ofori, president and owner of George Ofori Sports Academy and Avatime FC, has said, they have recruited eight quality players from the just ended National Milo -13 championship to augment the quality at his academy.

Mr. Ofori said, they have recruited the overall best goalkeeper, best player and the goal-king, among few others, who would be added into the academy.

He said, they would be given further education as well as technical guidance to make them complete players.

In an interview with the GNA Sports, Mr. Ofori said, the boys would be given the necessary support to blend football and education, in order to secure their future.

“It is the policy of Avatime FC to give the best of care and attention to our boys in pursuit of a good future, which would also raise the image of the club and our town, Avatime,” he added.

He noted that despite the Academy being in its early stages, it was attracting the right and talented players, who are poised to learn and deliver.

“The management of the academy is with the hope that the boys would achieve their aim with the platform being offered and we are happy that, though the Academy is new, it is attracting the right players, where we plan in capturing and polishing all the talented kids in Volta region and Ghana”.

Mr. Ofori, who doubles as the chairman of Volta regional Juvenile club owners association of Ghana (JUCOAG), thanked Mr. Hurry Ofori, who is the Volta North basic and second circles coach for his efforts in helping with the admission for the boys.