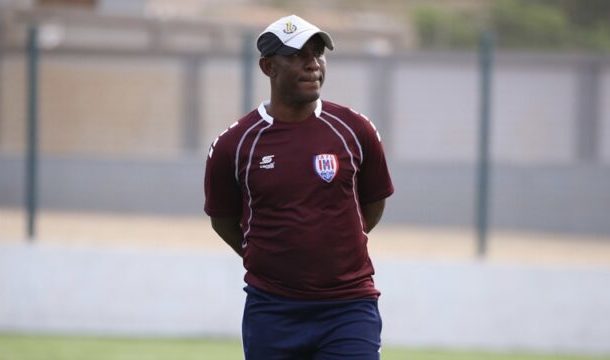 Interim coach of Inter Allies Felix Aboagye says that their main aim for the season is to avoid relegation at the end of the season.

The Eleven is to One outfit sacked Danish coach Danijel Mujkanovic after a spate of bad results that included two wins, seven defeats and two draws.

They have since replaced him with assistant coach Felix Aboagye who started the second round on a good note as Inter Allies secured a morale boosting 1-1 draw away at Dreams FC after going behind.

He says his side aims to pick as much points as possible to avoid relegation in the current season.

The former Ghana International in an interview says a top four finish will be too outlandish and only hopes to avaoid relegation.

"At the moment the position that we are is not encouraging so we want to avoid relegation for first. Then after we do that, it will be a plus for me and then we see the way forward." Aboagye told Pluzz FM's Muftawu Adamu

“But at the moment you cannot say you are going to play top four because it is impossible because of the points that we have now. Now is the time to avoid relegation so we want pick as much points as possible to make sure that we avoid relegation then we can look forward for the future.”

Inter Allies are presently rock bottom of the Ghana Premier League table six points adrift safety as they battle to avoid the drop.