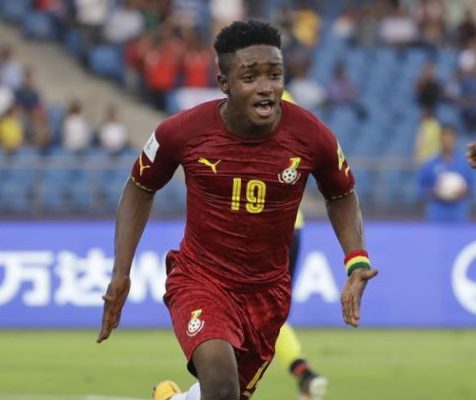 Right to Dream Academy duo, Mohammed Kudus and Ibrahim Sadiq were the main catalysts as the Black Satellites defeated Algeria 2-0 to progress to the final stage in the 2019 African U20 Championship qualifiers.

Ghana’s U20 side welcomed their North African counterparts in the 2nd leg at the Cape Coast Stadium on Sunday after having secured a goalless draw in Algiers last weekend.

Midfielder Mohammed Kudus opened the scoring in the 36th with a beautifully struck shot from outside the box.

Highly-rated Ibrahim Sadiq doubled the lead at the start of the second half with a brilliant solo run before applying a flawless finish past the Algerian goalkeeper.

Ghana continued to dominate and carve out chances at will but could not add anymore to their tally.

The 2009 FIFA U20 World champions will face Benin in the final lap of the qualification stage.