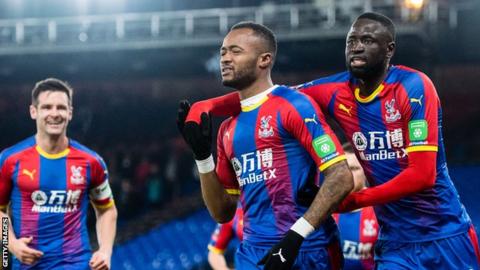 Jordan Ayew and Jeffrey Schlupp were in action for Crystal Palace on Saturday as they suffered a heavy 4-0 defeat to Tottenham.

All four Spurs goals came before the interval, with Son Heung-min the shining light in a scintillating attacking display.

South Korea forward Son capitalised on a defensive lapse from returning Palace defender Mamadou Sakho to fire the hosts into an early lead, before visiting left-back Patrick van Aanholt inadvertently directed a cross from right-back Serge Aurier into his own net.

Son connected beautifully with another Aurier cross to make it 3-0, and Erik Lamela finished off another flowing move involving Son and Harry Kane to complete the scoring.